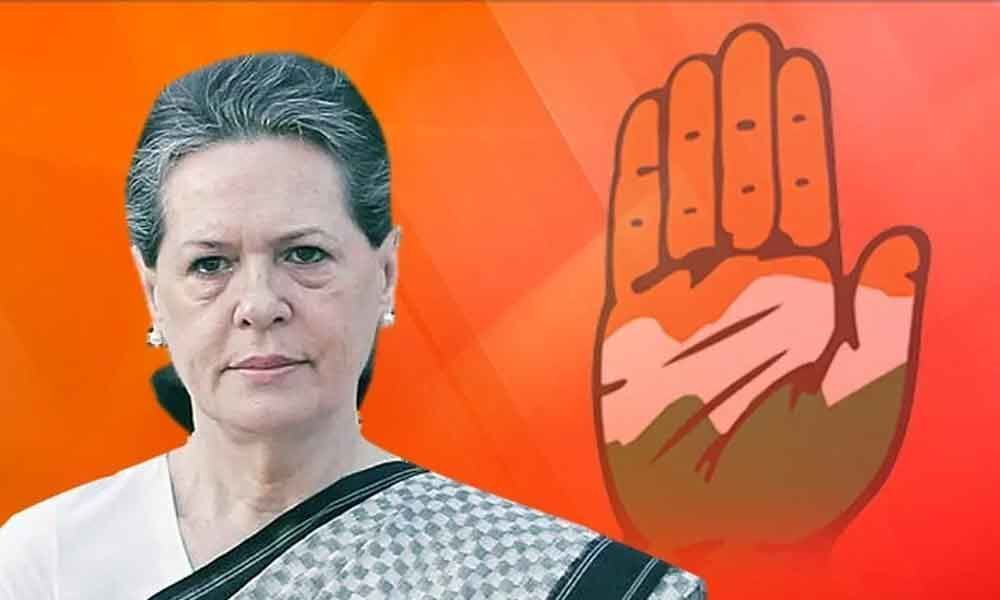 After Sonia Gandhi deftly led the Congress for 19 long years and wrested power twice at the Centre and in several states, she was back in the saddle on Saturday to steer it out of troubled waters once again.

New Delhi: After Sonia Gandhi deftly led the Congress for 19 long years and wrested power twice at the Centre and in several states, she was back in the saddle on Saturday to steer it out of troubled waters once again.

Almost 20 months after she handed over the reins of the Congress to her son Rahul Gandhi, 72-year-old Sonia Gandhi emerged as the unanimous choice of the Congress Working Committee (CWC) that decided to bank on her experience and tested leadership to regain the pristine glory of the 134-year-old party. Once considered the unlikely heir to the political legacy of the Gandhi family, Sonia Gandhi has earned the distinction of being the longest-serving president of India's grand old party.

She has credited her mother-in-law and former prime minister Indira Gandhi for the experience she gained in learning the intricacies of politics and she has proved this to every Congress leader when she steered the party to new avenues of success during her tenure. When Sonia had decided to retire and hand over the crown to Rahul Gandhi, one realised that she had to be brought back to lead the party whose fortunes were going down after every election. While Saturday's decision to bring back Sonia as interim Congress president may not bode well politically for Rahul Gandhi, who remained adamant not to continue as party chief, for the moribund party it may well turn out to be a blessing in disguise, a party leader said after her appointment.

Known to spring surprises, Sonia will also act as a binding force for the opposition. With her at the helm of Congress, forging opposition unity would come handy as she is acceptable among other opposition leaders and is endeared too. After Sonia's entry in politics in 1998, when the Congress was in tatters at the Centre and in power only in four states, she agreed to pick up the party reins, after she was persuaded to do so in the wake of senior leaders quitting the party to set up regional outfits. The same situation is emerging again in the Congress when disgruntled partymen are leaving the grand old party to join the ruling BJP.

When the Congress was in a shambles, Sonia -- described by sections of the media as the most powerful woman in India — steered it to victory in 2004, ousting the National Democratic Alliance (NDA). When it appeared all set to occupy the highest office in the country, she sprung a surprise when she took a back seat and chose Manmohan Singh as the prime minister of the United Progressive Alliance (UPA) government. Sonia has taken a back seat in the recent past after several rounds of illness but has once again been seen as an aggressive opposition leader, signalling her party MPs to put the government on may and corner it in Parliament.

Her sharpest weapon being her silence, as she spoke little and seldom in public, but wielded enormous power within the Congress. In cotton saris that reminded old-timers of her mother-in-law, she has over the years addressed public rallies in her accented Hindi, suitably blunting the opposition BJP's campaign against her Italian roots. Under her stewardship, the Congress was at power at the Centre for two terms from 2004 to 2014 and returned to power in a host of states. The then party president achieved this by successfully stitching an electoral alliance with like-minded parties. The UPA-I and UPA-II were fine examples of Sonia's ability to bring non-BJP forces together. Her prediction of the Congress returning at the Centre on its own, made at the party's Pachmarhi conference, never came true though.

That said, Sonia braved tremendous odds to earn her place in Indian politics as she conquered the limitations of language and her foreign origin to win the hearts of people. Born to Italian parents in Lusiana, Vicenza (Italy), on December 9, 1946, Sonia met Rajiv Gandhi in England where she was studying. The young language student and the son of then Indian prime minister were married in 1968. Contemporary history recalls how Sonia cradled her mother-in-law's body after she was gunned down by her bodyguards, and later tried to persuade her husband not to take up the prime minister's post.

After Rajiv Gandhi's assassination in May 1991, she shunned active politics, but after repeated cajoling by Congress leaders took the primary membership of the Congress in 1997. Amid consequent widespread demands from rank and file to lead a shaky party, she entered public life in 1998, a move that was widely and loudly welcomed in the party. She was first elected as an MP from Amethi in 1999, following which she became the leader of the opposition in the lower house. She later shifted to Rae Bareli to accommodate her son in Amethi. In 2004, she led the electoral campaign of her party which secured the largest number of seats and formed a coalition government.

When she nominated Manmohan Singh as the prime minister, her standing went up by several notches. Her supporters called it an act of sacrifice, while some saw it as a political masterstroke. Sonia Gandhi, however, continued to wield power in the party as the chairperson of the UPA and the leader of the Congress in Parliament, leading its strategy inside and outside the houses. She also introduced the concept of National Advisory Council (NAC), a forum that made periodic recommendations to the government and often dubbed a "dual power centre" by the opposition.