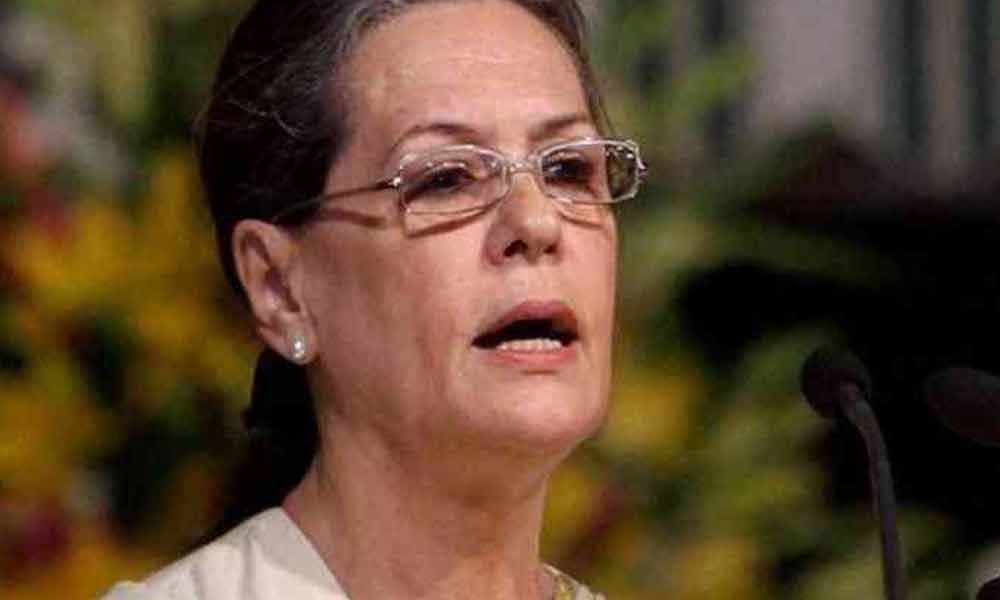 In the meeting, leaders are likely to discuss a common agenda to ensure better floor coordination among the Opposition parties.

New Delhi: Congress Parliamentary Party Chairperson Sonia Gandhi is scheduled to chair a meeting of her party's Parliament strategy group on Tuesday morning to chalk out an approach for the ongoing monsoon session of Parliament.

In the meeting, leaders are likely to discuss a common agenda to ensure better floor coordination among the Opposition parties, a source in the party said.

Talking to ANI, senior Congress leader Anand Sharma had earlier given a sense of what will be his party's line during the session. "The government should end the ordinance culture. It should respect the parliamentary process and important bills should be sent to Parliament Committees before being discussed in the house," Sharma had said.

Appointment of the party's leader in the Lok Sabha will also be taken up in the meeting. Though the announcement would be made after the election of Lok Sabha speaker, the above-mentioned source said. Sonia Gandhi holds the authority of appointing the leader of the party in the Lower House.

Congress needs to chalk out a strategy for the first session of Parliament after the elections. The session becomes more important as the Union Budget and some key legislation including the Muslim Women (Protection of Rights on Marriage) Bill will be presented.

Being the largest opposition party in the Lok Sabha, Congress has the responsibility to coordinate among the opposition parties to corner the government at various issues. However, it falls short of the required number for the leader of the Opposition post. Congress won a meagre 52 seats in the recently concluded general elections.