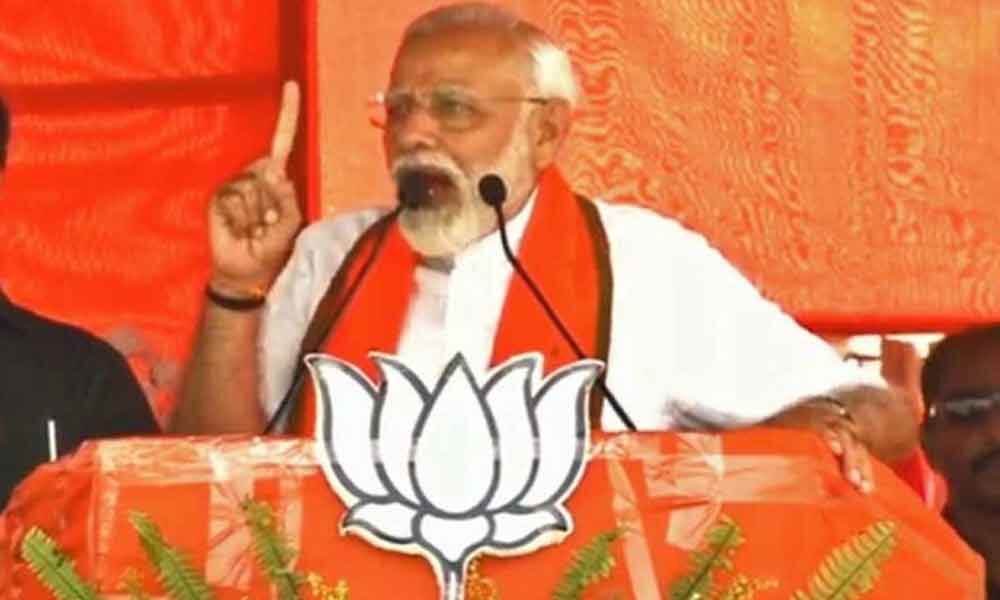 Addressing an election rally here in South Dinajpur district, Modi accused the Chief Minister of fooling people in the name of 'ma, mati and manush' (mother, land and people) -- the slogan of the Trinamool Congress.

"Speedbreaker didi has lost her sleep after the reports that came in post the first and second phase of polling in the state," the Prime Minister told in the rally.

Ridiculing Banerjee, Modi said he had initially erred in judging her, but discovered the TMC chief's "true colours" after becoming the PM. "When I used to see her on television, and then met her from time-to-time, I thought she was the true embodiment of simplicity, hardwork, and genuinely interested in Bengal's development.

"However, after I became the Prime Minister and saw her activities, my eyes opened. I have discovered her true colours, and even the children of Bengal have understood the same," Modi said.

Banerjee will know after May 23 (election results) the outcome of "vandalism, looting people's money and obstructing development," he said.

This was done by the party to appease the minority community," Modi said, referring to Bangladeshi actor Ferdous canvassing for the ruling TMC.

"Such a thing has never happened in India, where people from neighbouring country have been campaigning for a political party," he said.

The Prime Minister criticised Banerjee for seeking proof of the Balakot air strikes in Pakistan, and asked her to, instead, collect evidence against those behind chit fund scams.

He also said that tough measures will be taken to identify and stop cross border infiltration after the NDA-led government returns to power. Modi said after the poll results are declared, "those elements who are trying to stop border fencing will have to face the reality." he said at Buniadpur, which shares its border with Bangladesh.

The NDA government is committed to grant citizenship status to refugees, he said. "During partition, some people had stayed back in other countries. But, due to their religion and faith, they have been facing persecution in those countries... Where will they go?" Modi asked.

It is the duty of every Indian and the government to save these people, he said, adding, "It is our commitment to pass the Citizenship Bill in Parliament."