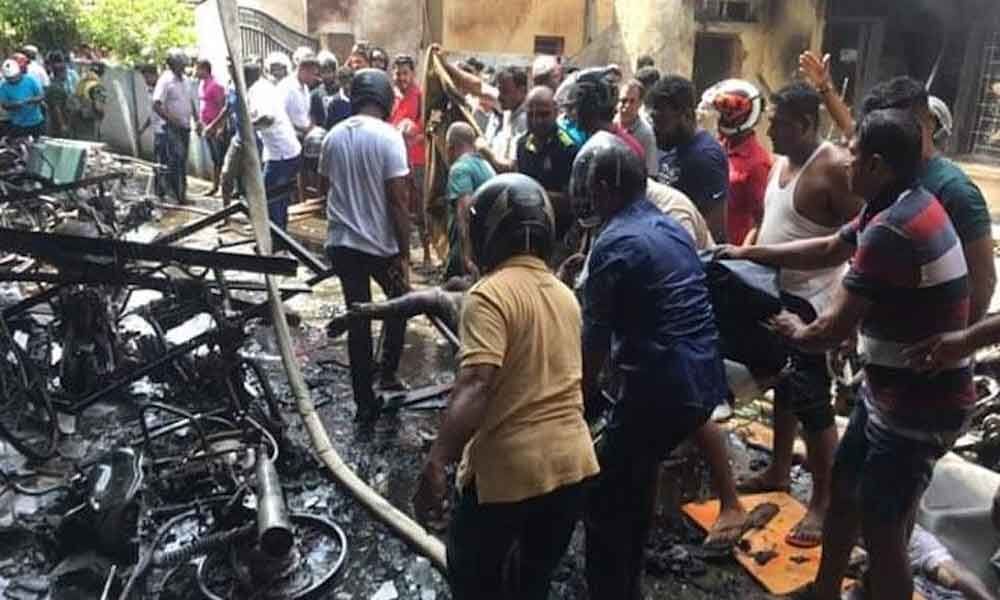 Indian officials said that they were keenly monitoring the situation in Sri Lanka.

According to initial reports, explosions had struck three churches and three hotels in and around the Sri Lankan capital of Colombo, which left at least 42 dead and more than 280 injured on Sunday morning.

Three blasts were reported from the five-star hotels, the Shangri-La, the Cinnamon Grand and the Kingsbury and three churches which were St Anthony's Church in Colombo, St Sebastian's Church in the western coastal town of Negombo and another church in the eastern town of Batticaloa were targeted, according to the police sources.

A source in the police bomb squad said that one of the explosions which were at St Anthony's Church in Kochcikade, Colombo had grave casualties. "Our people are engaged in evacuating the casualties," the source added. Minister of external affairs, Sushma Swaraj, said that she was in constant communication with Indian High Commissioner in Colombo, keeping a close watch on the situation.

An eyewitness on local TV said he saw some body parts including a severed head lying on the ground near the hotel. "There was an explosion in a hotel in Dehiwela near the zoo," a police official. Cabinet spokesman Rajitha Senaratne said that the Easter Sunday bomb attacks in Sri Lanka were carried out with the help of an international network. All suicide bombers are believed to be Sri Lankan nationals, added Senaratne.

Indian officials said that they were keenly monitoring the situation in Sri Lanka. Moreover, PM Narendra Modi offers all possible help and assistance to Sri Lanka. And Congress leader Rahul Gandhi condemned the blasts. Indian citizens in need of assistance or help and for seeking clarification may call the following numbers: +94777903082 +94112422788 +94112422789.