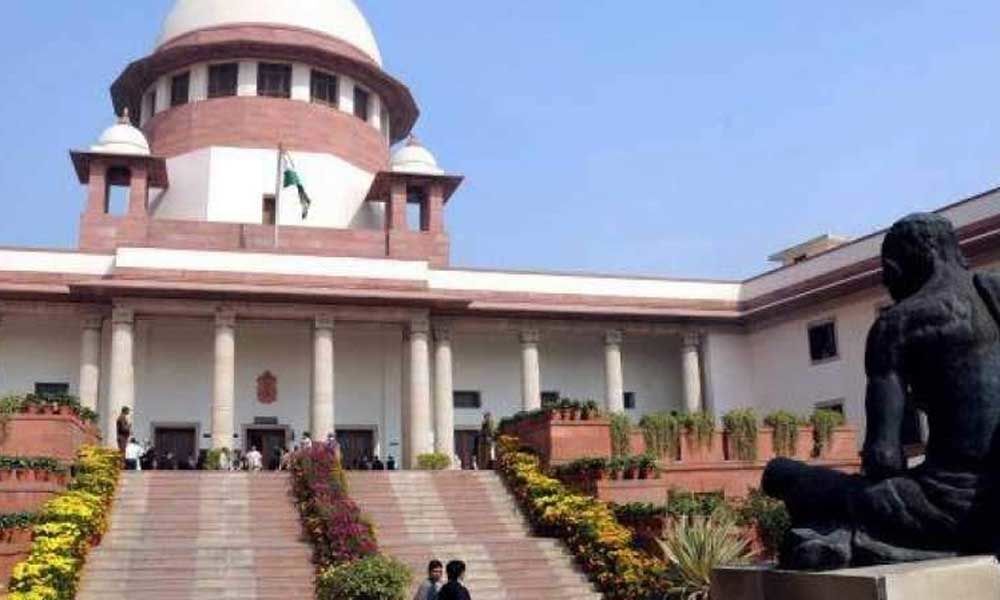 Supreme Court, which commenced the hearing in the Ayodhya case on August 6, has decided to hear it on all five working days of the week.

NEW DELHI: The Supreme Court Friday made it clear that it would continue with the day-to-day hearing of the politically sensitive Ram Janmabhoomi- Babri Masjid land dispute case and assured a counsel for Muslim parties of giving mid-week breaks for preparing arguments if needed.

The apex court reverted to the objections raised by senior advocate Rajeev Dhavan, representing the Muslim parties including M Siddiq and All India Sunni Waqf Board, that it will not be possible for him to take part in the proceedings on all five working days of the week.

"We will continue day-to-day hearing as ordered earlier," a five-judge constitution bench headed by Chief Justice Ranjan Gogoi said at the fag end of the fourth day's proceedings in the case in which senior lawyer K Parasaran, appearing for deity 'Ram Lalla Virajman', put forth his submissions.

The bench took note of Dhavan's submissions in the morning that it will be "inhuman" and "practically impossible" for him to prepare his case if the apex court stuck to its decision to hear the land dispute case from Monday to Friday every week till the conclusion.

The bench, also comprising Justices S A Bobde, D Y Chandrachud, Ashok Bhushan and S A Nazeer, however, assured Dhavan it would consider granting mid-week breaks to the senior lawyer if he needs them for preparing the case.

The bench then fixed the Ayodhya case hearing on next Tuesday. The court is off next Monday on account of Eid.

As soon as the counsel for the deity commenced advancing arguments, Dhavan intervened and objected to the five-days-a-week hearing of the case, saying he will "not be able to assist" the court if the hearing is "rushed through".

"It is not possible to assist the court if it is heard on all days of the week. This is the first appeal and the hearing cannot be rushed in this manner and I am put to the torture," he said.

The apex court was hearing first appeals after the Allahabad High Court delivered the verdict in the case and the hearing as such cannot be rushed through, he said.

Being the first appeal, documentary evidence has to be studied, Dhavan stated.

The senior lawyer alleged that "perhaps, except Justice Chandrachud, other judges might not have read the judgment (Allahabad High Court's)".

He said that if the court has taken a decision to hear the case on all five days of the week then he might have to leave the case.

"We have taken note of your submissions. We will revert to you soon," CJI Gogoi told Dhavan in the forenoon and proceeded with the hearing.

When Dhavan wanted to now as to when the decision will be taken, the bench said, "soon" and later, while wrapping the day's proceedings, the bench said that it would stick to its decision to hold the day-to-day hearing in the case, assuring him that it would consider granting him mid-week breaks.

Breaking with the tradition, the Supreme Court, which commenced the hearing in the Ayodhya case on August 6, has decided to hear it on all five working days of the week.

As per the apex court's procedures, on Mondays and Fridays, the registry lists before the benches fresh and miscellaneous cases after notice cases.

The matters listed before Constitution benches for day-to-day hearings are put up for hearing on three days a week -- Tuesday to Thursday.

Fourteen appeals have been filed in the apex court against the 2010 Allahabad High Court judgment, delivered in four civil suits, that the 2.

77-acre land in Ayodhya is partitioned equally among the three parties -- the Sunni Waqf Board, the Nirmohi Akhara and Ram Lalla.

On December 6, 1992, the Babri Masjid, constructed at the disputed site in the 16th century by Shia Muslim Mir Baqi, was demolished.