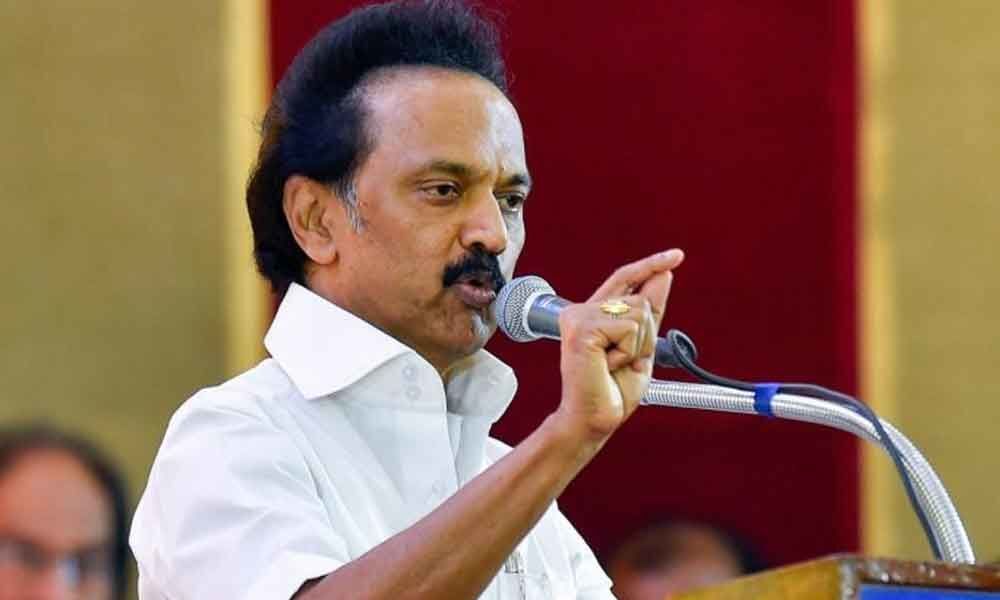 Stalin, who began campaigning on March 20 and has covered nearly 30 parliamentary constituencies since then.

Viluppuram: Dravida Munnetra Kazhagam (DMK) chief MK Stalin on Saturday said people are "fed up" of both the Modi government at the Centre and the Tamil Nadu government.

Stalin, who began campaigning on March 20 and has covered nearly 30 parliamentary constituencies since then said he had seen the mood of the public.

"They are fed up of Modi in the Centre and Edappadi Palaniswami government in State and they want to put a full stop to these governments," Stalin told reporters here.

"It's an election campaign speech and it has already been spoken in Dravidar Kazhagan headquarters. It was not his intention to speak harshly (on Lord Krishna). Stalin said that Veeramani had used it as "an example" but some organizations like RSS are trying to use it against us in election campaigns."

In March, Veeramani had kicked up a controversy when at an event on Pollachi rape case, Veeramani had reportedly said that Lord Krishna should be 'booked for eve-teasing'. He was criticized for his statement and a police case was also filed against him.

Tamil Nadu will see voting in the second phase of Lok Sabha polls on April 18. The results will be declared on May 23.