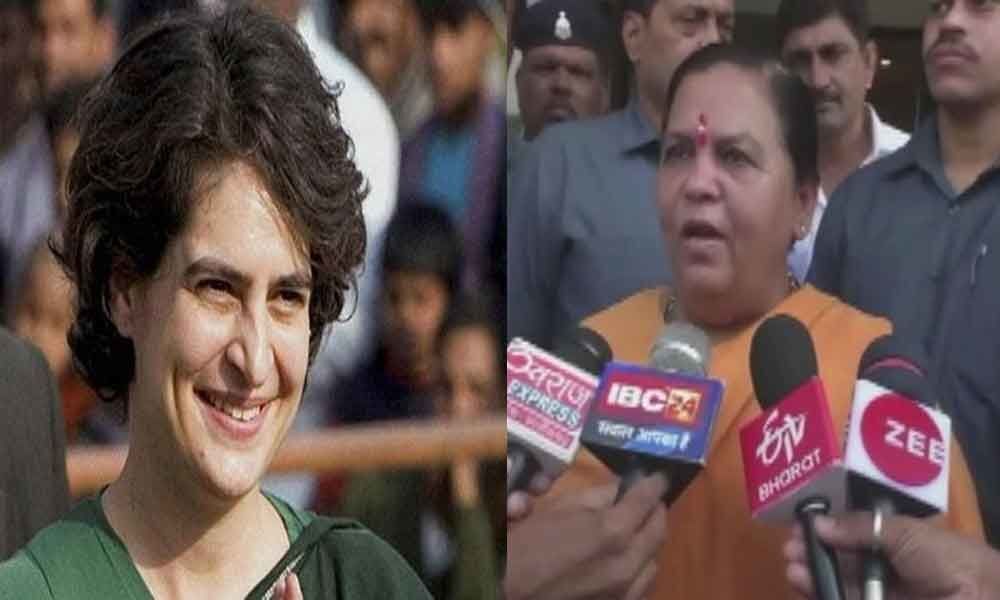 BJP leader said, 'Nothing. Why will she have an impact... Whose husband is facing theft charges.'

Durg: Union Minister Uma Bharti on Tuesday courted controversy by saying the country will see Priyanka Gandhi Vadra the way it views a "thief's wife", while claiming that the Congress general secretary will have no impact on the outcome of Lok Sabha polls in Uttar Pradesh.

To a question on whether Priyanka Gandhi will contest the general elections from Varanasi, from where Prime Minister Narendra Modi is seeking re-election, Bharti said, "It is a democracy, anybody can fight election from anywhere".

When asked to comment on the impact the Congress leader could have on the poll outcome, the firebrand BJP leader told reporters in Chhattisgarh's Durg, "Nothing. Why will she have an impact... Whose husband is facing theft charges. She will be seen the way India sees a thief's wife." Bharti also targeted Congress chief Rahul Gandhi, saying by choosing to contest elections from Amethi and Wayanad, he has accepted defeat. He is the national president of his party and can fight as many elections as he wants, the BJP leader said.

She also slammed Samajwadi Party leader Azam Khan for his derogatory remarks against BJP leader Jaya Prada and sought that he be barred from contesting the election. Bharti said the EC's decision to award equal punishment to Khan and Uttar Pradesh Chief Minister Yogi Adityanath was an "injustice" to the latter. He (Adityanath) took the name of God and did not insult any woman, she said, adding Khan should be slapped with all provisions of IPC related to insulting women.

The Election Commission on Monday imposed a nationwide campaign ban on Adityanath for 72 hours for his "provocative" communal remarks, which it said had the "propensity to polarise the elections". A three-day campaign ban has also been imposed on Khan for his alleged "khaki underwear" jibe against actor-turned-politician Jaya Prada, who is his rival BJP candidate in Rampur Lok Sabha seat. The all-India ban came into force from 6 am Tuesday.

Bharti on Tuesday campaigned for BJP's candidate in Durg Lok Sabha constituency which goes to polls in the third phase on April 23.