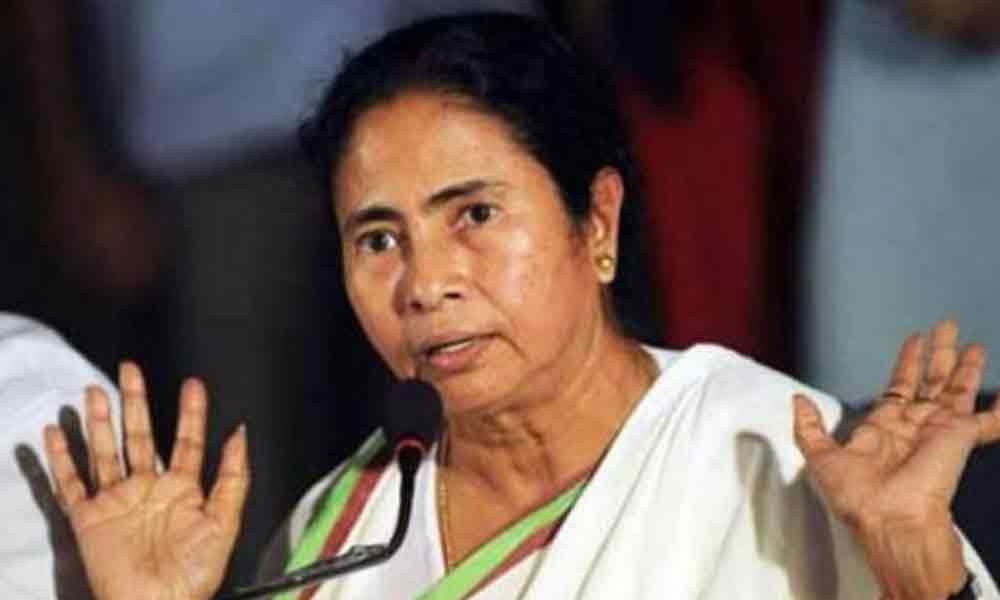 West Bengal BJP chief Dilip Ghosh called TMC's rally as 'Didi's Circus'. However, an FIR has been filed against him.

Kolkata: Trinamool Congress supremo Mamata Banerjee has accused the BJP-led Central government of trying to foil her party's 'Martyrs Day' rally on Sunday by operating only 30 per cent of the trains usually run on other Sundays.

The TMC also filed an FIR against BJP state president Dilip Ghosh for allegedly threatening to drag TMC leaders out of buses on their way to the rally, if they failed to return the "cut money" they had collected from people.

"I have heard that the railways will not operate the usual number of trains tomorrow at the behest of the BJP. I have information that they will run only 30 per cent of the trains usually run on Sundays. This is not right," Banerjee said.

Her party said it apprehended that the BJP is doing this to prevent TMC supporters from coming to the city to take part in the rally.

Talking to reporters after visiting the venue of the rally to take stock of the preparations, Banerjee said every party has the right to host rallies and programmes and that should not be taken away. "This year the Martyr Day has fallen on a Sunday. Many people (office goers from outside city) participate in the rally as most of the time it has fallen on working days. This time they are unable to do it (as it's a Sunday)," Banerjee said, adding it will be the 26th year of the Martyrs Day rally.

Martyrs Day is observed annually by TMC on July 21 to commemorate the killings of 13 people in police firing in 1993, when Banerjee, then a Youth Congress leader, had launched a march to the secretariat, demanding that voters' card be made the only document to allow people to exercise their franchise.

The Left Front was in power in the state at that time. The TMC supremo usually announces future programmes of her party in this rally and speculations are rife that this time her address would be focused on assembly elections due in the state in 2021.

The rally is being held in the backdrop of BJP's impressive performance in the Lok Sabha polls in which the party won 18 of the 42 seats in the state, only four less than the ruling TMC. BJP state president and MP Dilip Ghosh directed party workers to not allow TMC leaders to leave for Kolkata to participate in the rally if they did not return the "cut money" they had collected from people.

"We will not allow any of the TMC leaders to leave for tomorrow's rally if they do not return the cut money they had taken from people. We will drag them out of the buses," said Ghosh, also an MP. Following this, TMC leader and minister Chandrima Bhattacharya lodged an FIR against Ghosh. The Kolkata Police has taken all measures to keep the city moving, expecting huge turnout at Sunday's rally.

He said that the meeting would be a "condolence" meeting. TMC observes July 21 as Martyrs' Day every year in remembrance of those who died in 1993 police firing, in Kolkata. This year's rally gains significance as it would be the first mega show by TMC after its poll debacle in Lok Sabha elections.

"All went there to see Didi's drama and circus. Will anyone from here go tomorrow to see a circus? No gates, no flags, what is going on I can't understand. Will that be a winning festival or a condolence meeting?" asked Dilip Ghosh.

"TMC's condolence meeting is going on as they lost in these elections following which they are unable to celebrate the winning festival. The public should catch hold of TMC leaders who are going to Kolkata by road and ask them to return the public money which they had taken in last 7-8 years," he said.

While reacting to the FIR lodged against him for his comments on TMC rally, Ghosh said: "The people are not going to come to TMC rally and it would prove to be a flop show. The TMC needs some excuse for their failure and hence they are making Dilip Ghosh and BJP a scape-goat."

"If TMC leaders have guts then they should lodge ten more FIRs against me and I will face them all," Ghosh added.

Around 5,000 policemen will be deployed to look after security at the rally and maintain normality. "All precautionary measures have been taken to ensure an incident-free rally. All deputy commissioners have been directed to be on the street. Our arrangements are absolutely foolproof," Joint Commissioner (Headquarters) Jawed Shamin said.

Besides, personnel of Kolkata Police Quick Response Teams and Rapid Action Force will be present, a senior officer said adding that drones and snipers will also be used to check any untoward incident.

Thousands of TMC workers have started pouring into the city to participate in the rally. Temporary shelters and cooking arrangements have been made for them by the party, TMC sources said.