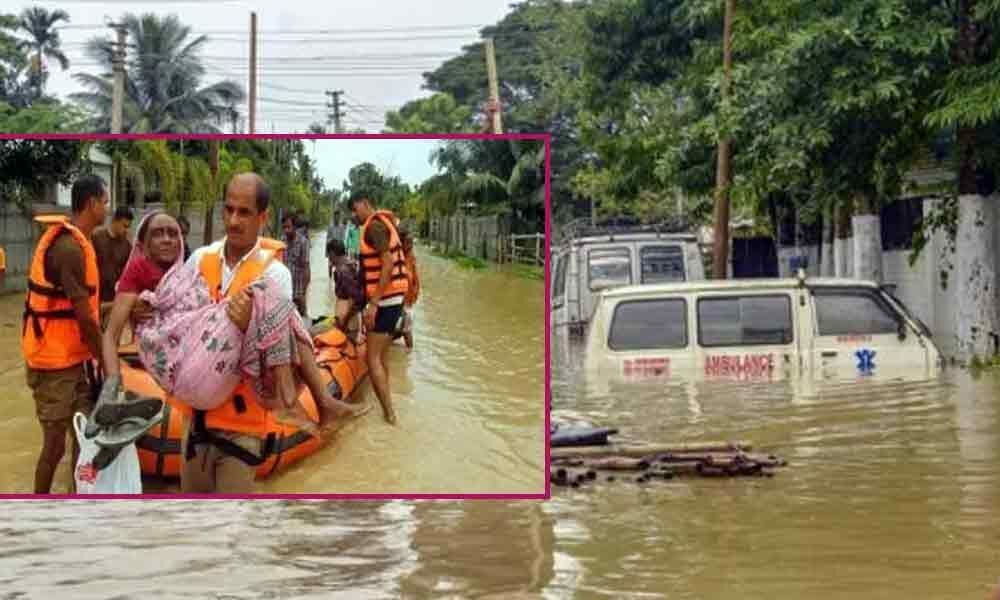 Around 13,000 people in West Tripura district and 2,000 in Khowai district have taken shelter in government buildings and local clubs where temporary relief camps have been opened by the administration. Regional Metrological Department Director Dilip Saha said Agartala had received 52.8 mm rainfall since Sunday but rainfall stopped Monday morning. Food and relief materials have been provided to the flood-affected people lodged in relief camps in both districts, Das said.

Sub-divisional Magistrate of Sadar in West Tripura district said 45 relief camps have been set up in Agartala city where about 13,000 people from 3,129 families have taken shelter. The worst affected areas in Agartala city are Srilanka Basti, Baldakhal, Ambedkar Colony and Pratapgarh. "We are providing food to the people lodged in relief camps. The water level of river Haora is now flowing below the danger level," the sub-divisional magistrate said. Laxmi Malakar (70), a resident of Pratapgarh area, who took shelter in a government relief camp at Ramthakur Pathshala said, "We live in a slum on the bank of the river Haora.

The level of the river started rising Sunday night and our dwellings were submerged underwater, so we took shelter in the camp." Fourteen-year-old Bishal Sarkar, a student of class 8 in Ram Thakur Boys Schools said "Our house was submerged under flood water in the early hours of Sunday. All my textbooks and notebooks were washed away."