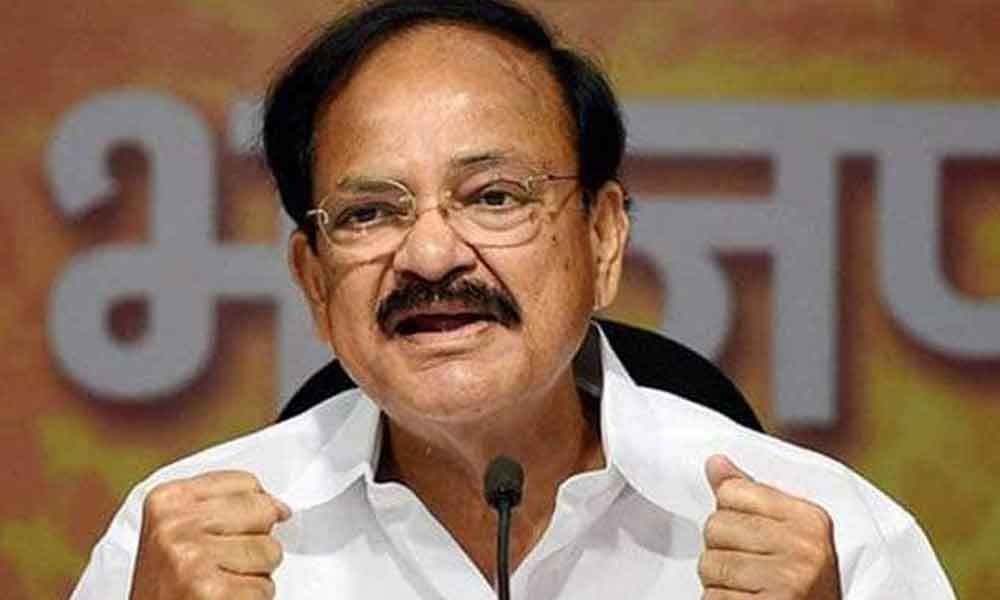 Vice President M Venkaiah Naidu on Sunday lauded Prime Minister Narendra Modi's statesmanship for championing the cause of peace and prosperity at the United Nations in contrast to Pakistan Prime Minister Imran Khan's brinkmanship displaying a narrow and perverse mindset.

In a Facebook post, the vice president also complimented India for effectively unveiling its vision for peace and development for humanity at the 74th UNGA Session as opposed to the ideology that believes in violence, terrorism and warmongering for short-sighted vested interests.

He also lauded young diplomat Vidisha Maitra for effectively placing before the comity of nations the choice between statesmanship and brinkmanship by effectively bringing out the defining characteristics of these opposing visions.

"I compliment PM Modi for championing the cause of peace and prosperity for larger good by giving a crisp account of the unfolding India development narrative that is aimed at achieving Sustainable Development Goals, a cause dear to the UN and the comity of nations committed to the welfare and future of humanity across the globe," he said in his Facebook post.

Naidu said this UN session presented a clear choice between peaceful coexistence and pursuit of conflicts bordering on perversion. "This UN session brought out in focus diametrically opposite visions powered by statesmanship soaring high in the statement of PM Modi and its opposite of brinkmanship stooping too low," he said.

The Vice President noted that statesmanship flows from sacred hearts and noble thoughts that worry for the good of mankind, while "its opposite of brinkmanship is a manifestation of narrow and perverse minds propelled by defining lack of concern for larger good of humanity".

"The choice is clear. Let humanity march on the path of peaceful development highlighted by Indian model," he said. "The statement of PM Modi and intervention of our young diplomat exercising our right to reply to the account of brinkmanship are worthy of full reading," he added.