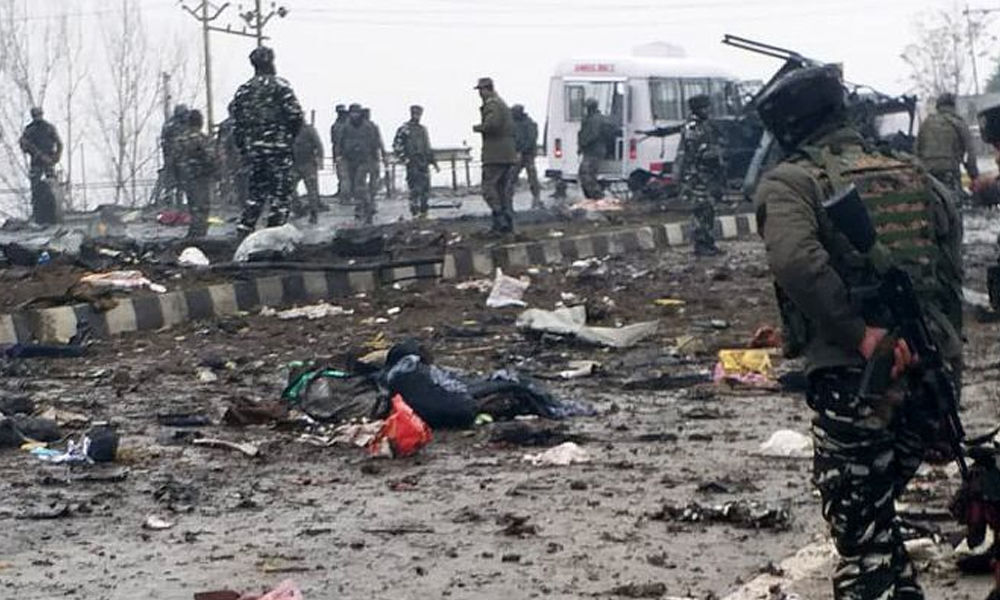 Srinagar : A request would be sent to the US to seek details from a service provider of 'virtual SIMs', which were used by the JeM suicide bomber...

Srinagar : A request would be sent to the US to seek details from a service provider of "virtual SIMs", which were used by the JeM suicide bomber behind the Pulwama attack and his Pakistan and Kashmir-based handlers, officials said.

Piecing together probe from the site of the terror strike, searches carried out by the Jammu and Kashmir police and central security agencies at an encounter site in Tral as well as other locations, it was found that the bomber, Adil Dar, was in constant touch with the JeM across the border, they said.

The main mastermind of the audacious attack, Mudassir Khan, was killed in the encounter in Tral. Forty CRPF personnel were killed on February 14 when Dar rammed his explosive-laden vehicle into a paramilitary force bus at Pulwama in South Kashmir. India retaliated after the strike by bombing the Jaish terror group's hideout in Balakot in Pakistan.

It was a fairly new modus operandi where terrorists across the border were using a "virtual SIM", generated by a service provider in the United States. In this technology, the computer generates a telephone number and the user downloads an application of the service provider on their smartphone.

The number is linked to social networking sites like WhatsApp, Facebook, Telegram or Twitter. The verification code generated by these networking sites is received on the smartphone and the user is ready.

In case of Pulwama, Dar was in constant touch with the Jaish handler as well as Mudassir Khan using the same technology, the officials said. They said the numbers used were pre-fixed with "+1", the Mobile Station International Subscriber Directory Number (MSISDN) number used for the United States.