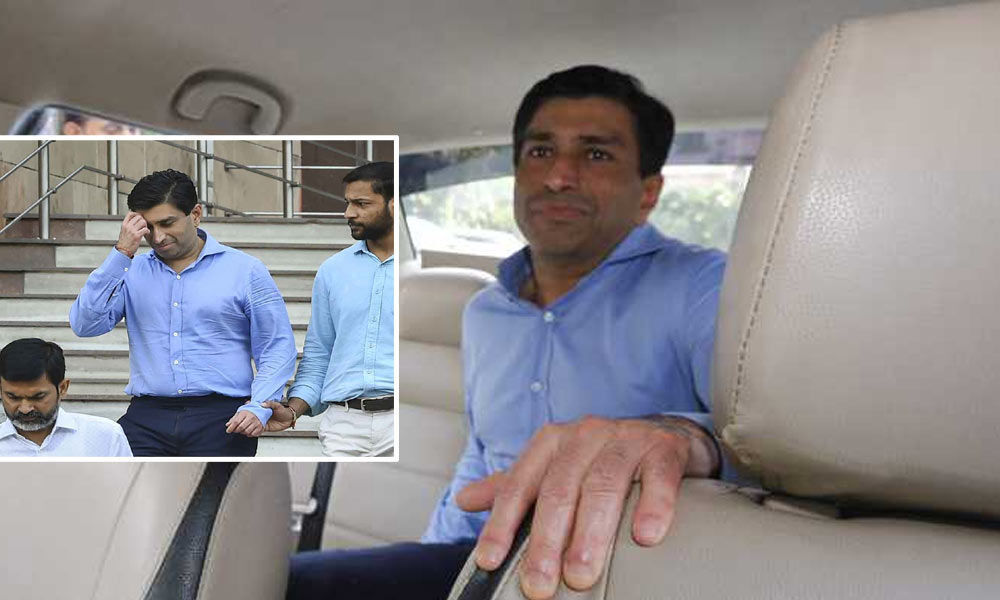 Special Judge Arvind Kumar remanded Puri to ED's custody till September 11, noting that the probe agency has sought his custodial interrogation to 'unearth the source and end-use of tainted money.'

Special Judge Arvind Kumar remanded Puri to ED's custody till September 11, noting that the probe agency has sought his custodial interrogation to "unearth the source and end-use of tainted money".

The court also noted that the Enforcement Directorate sought Puri's custody to confront him with "voluminous documents collected" by it and to find out the roles of the co-accused.

The judge also noted that the agency sought Puri's custody to find out the money trail.

"Thus keeping in view the facts and circumstances, I deem it fit to grant 6 days ED custody remand of Ratul Puri.

Accordingly, the accused is remanded to ED custody for 6 days. The accused be produced on September 11," the judge said in the order.

It allowed Puri to get assistance from his advocate during the custodial interrogation.

It also allowed Puri to take with him his bedding inside the lockup.

The counsel for the agency contended in court that he was using the guise of shell companies in the name of others, accumulated proceeds of crime, which have been parked and later laundered to reach the desired beneficiaries including him.

"Custodial interrogation of Puri is required to ascertain his known/unknown entities/ accounts which have been used in the commission of the offence to ascertain the source and the end use of such fund, to determine the role of various other persons who facilitated the offence of money laundering," the ED counsel argued.

The agency also submitted that Puri is to be confronted with other accused persons, witnesses and other evidence collected during the investigation including voluminous materials to unearth the entire money trail and offence of money laundering".

The agency had on Wednesday arrested Puri and he was sent to one-day judicial custody.

In the chopper scam the Delhi High Court had earlier dismissed Puri's anticipatory bail plea, saying his custodial interrogation was "required for an effective investigation".

Puri is charged for benefiting from the purported kickbacks generated in the Rs 3,600 crore VVIP choppers deal case, cancelled by India in 2014 on charges of corruption.

Puri was earlier arrested under the Prevention of Money Laundering Act (PMLA) in the bank fraud case after he appeared before the central probe agency here in the chopper scam after it had slapped a fresh criminal case against him and others, taking cognisance of a CBI FIR.

The latest PMLA case emerged from a CBI FIR of August 17, where Ratul Puri, his father Deepak Puri, mother Nita (Nath's sister) and others were booked in connection with a Rs 354 crore bank fraud case filed by the Central Bank of India.