War of words breaks out between Sushma Swaraj, Pakistan minister over abduction of Hindu girls in Sindh 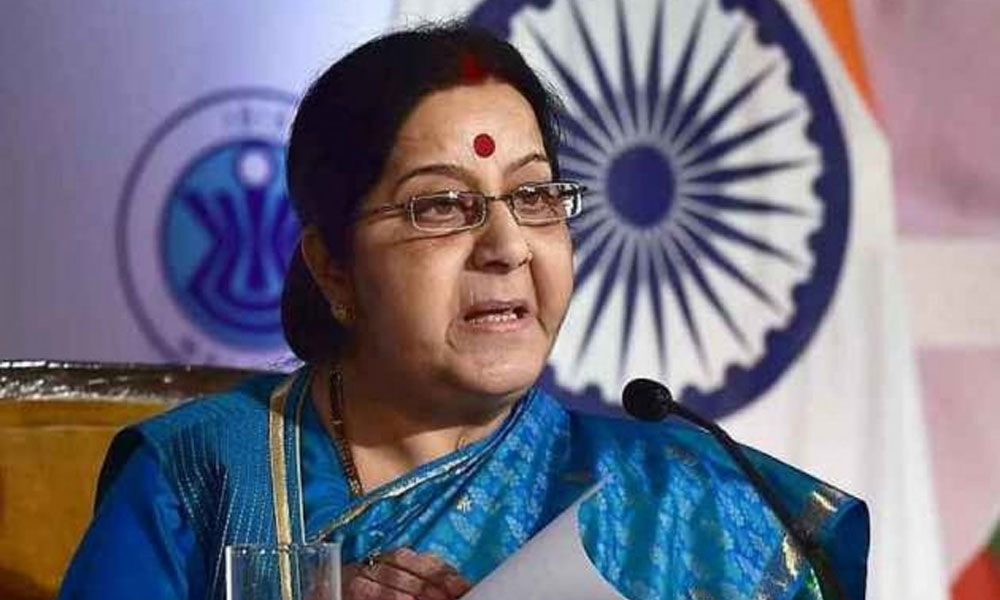 A war of words broke out between two senior ministers of Pakistan and India on March 24 over the reported abduction, forced conversion and underage marriages of two teenage Hindu girls in Sindh province.

Swaraj, while tagging a media report about the incident, tweeted that she has asked the Indian High Commissioner in Pakistan to send a report on the matter.

Pakistan's Information Minister Fawad Chaudhry responded to her tweet, saying it was his country's "internal issue".

Replying to Chaudhry's tweet, Swaraj said, "Mr Minister, I only asked for a report from Indian High Commissioner in Islamabad about the kidnapping and forced conversion of two minor Hindu girls to Islam. This was enough to make you jittery. This only shows your guilty conscience."

This prompted Chaudhry to respond again.

"Madam Minister I am happy that in the Indian administration we have people who care for minority rights in other countries. I sincerely hope that your conscience will allow you to stand up for minorities at home as well. Gujarat and Jammu must weigh heavily on your soul," the Pakistani minister tweeted.

The two girls, Raveena (13) and Reena (15), were allegedly kidnapped by a group of "influential" men from their home in Ghotki district in Sindh on the eve of Holi. Soon after the kidnapping, a video went viral in which a cleric was purportedly shown soleminising the Nikah (marriage) of the two girls, triggering a nationwide outrage.

In a separate video, the minor girls can be seen saying that they accepted Islam of their own free will.

Pakistan Prime Minister Imran Khan on March 24 ordered a probe into reports of abduction, forced conversion and underage marriages of the two Hindu girls and to take immediate steps for their recovery.

The Hindu community in Pakistan has carried out massive demonstrations calling for strict action to be taken against those responsible, while reminding Prime Minister Khan of his promises to the minorities of the country.