Watch: 'Rafale probe after elections, 'chowkidar' will be in jail,' says Rahul 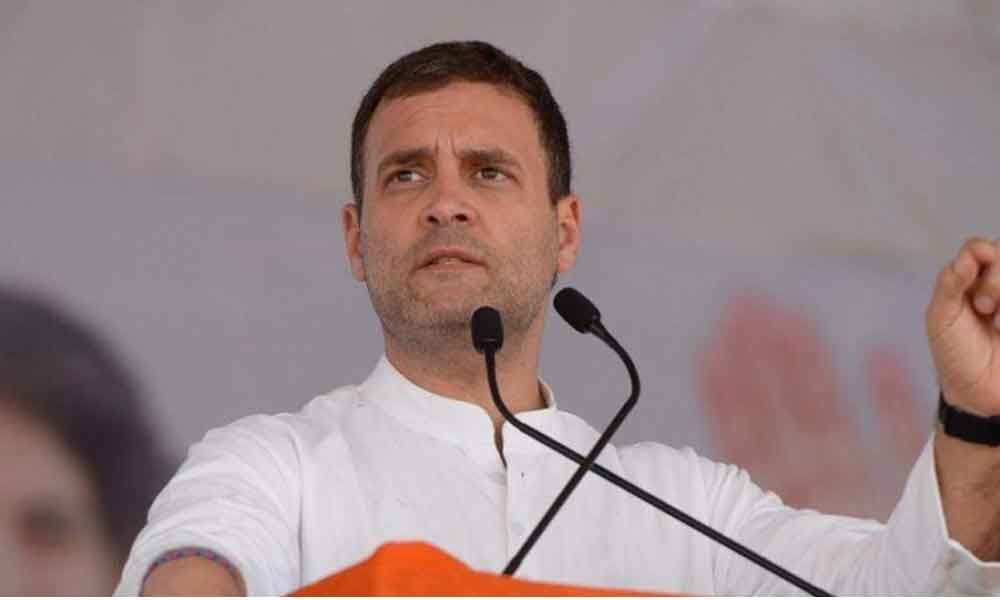 Claiming that the then defence minister Manohar Parrikar knew there was corruption in Rafale deal, Congress president Rahul Gandhi Thursday said the deal would be probed if his party comes to power at the Centre.

Nagpur: Claiming that the then defence minister Manohar Parrikar knew there was corruption in Rafale deal, Congress president Rahul Gandhi Thursday said the deal would be probed if his party comes to power at the Centre.

"I am telling you, inquiry will be initiated after elections...and the other chowkidar will be in jail," he said, referring to the prime minister's exhortation to everybody to become a "chowkidar''.

#WATCH: Congress President Rahul Gandhi says in Nagpur, Maharashtra, "after elections, there will be an inquiry, the 'chowkidaar' will go to jail". (04.04.19) pic.twitter.com/MWDDma4m57

"Because Parrikar knew corruption had taken place and (thought) someone will get trapped," Gandhi said.

Hitting out at industrialist Anil Ambani, Gandhi said Ambani had no money, no expertise in defence manufacturing and all his businesses had failed.

"Despite this, Anil Ambani got the biggest defence contract (under the Rafale deal). His brother saved him from going to jail," he said.

"Why should Anil Ambani get the Rafale contract and why not somebody from Vidarbha (region where the poll rally was held)," Gandhi said.

The Congress leader asserted that he was in politics for the long haul and "here for another 10 to 15 years."

"I want to build a long-standing relationship with you. I will not speak lies. Modi has grown old and is in a hurry. So he is telling lies," Gandhi said.

He did not lie since lies gets exposed sooner or later, the Congress president said, adding that his party works while the BJP "only makes hollow promises".

Polling will be held in Nagpur Lok Sabha constituency in the first phase on April 11. Union minister Nitin Gadkari of the BJP is pitted against Congress'' Nana Patole.

Making a strong pitch for the ''Nyay'' minimum income guarantee scheme of his party, Gandhi said all economists have told him that the scheme to deposit Rs 72,000 every month in the bank accounts of the poor was feasible and can be implemented without hurting India's economy.

"The ''Nyay'' scheme is a surgical strike by Congress on poverty. Every Indian should get a minimum of Rs 12,000 every month," he said, adding the Congress government will provide enough funds for the scheme.

Corruption, unemployment and farmers'' problems were the priority issues for elections this time, and PM Modi should explain what he had done to tackle them in the last five years, Gandhi said.

He reiterated his challenge to PM Modi to take part in a 15-minute open debate on corruption, economy and national security with him.

"He (Modi) will not be able to show his face to you since he knows he can't answer questions. This is the reality," Gandhi said.