When can I come to J&K, asks Rahul Gandhi to Satya Pal Malik 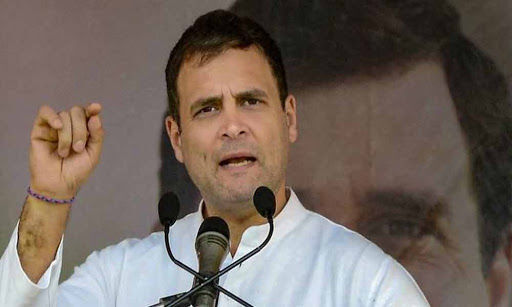 Former Congress President Rahul Gandhi on Wednesday agreed to visit Jammu and Kashmir in response to Governor Satya Pal Malik's invitation without any conditions and sought to know when he could come.

New Delhi: Former Congress President Rahul Gandhi on Wednesday agreed to visit Jammu and Kashmir in response to Governor Satya Pal Malik's invitation without any conditions and sought to know when he could come.

"Dear Malikji, I saw your feeble reply to my tweet. I accept your invitation to visit Jammu and Kashmir and meet the people, with no conditions attached. When can I come?" Gandhi tweeted.

His remarks came a day after Malik on Tuesday accused Gandhi of politicising the Kashmir issue by seeking to put several pre-conditions on visiting the Valley, which he alleged would lead to further unrest and problems for the people.

Malik was responding to Gandhi's remarks that there have been reports of violence in Kashmir.

He said Gandhi was responding to fake news possibly spread from Pakistan while Kashmir was peaceful and had seen only negligible incidents.

The Governor on Monday said he will send him an aircraft for Gandhi to visit the Valley and see for himself the situation. The Congress leader responded that he did not need any aircraft but freedom to travel and meet people.

Earlier in the day, former Finance Minister P. Chidambaram tweeted: "J&K Governor's invitation to Rahul Gandhi was never a sincere invitation. It was a tool of propaganda."

He said to say that Gandhi put conditions was rubbish. "Rahul Gandhi asked for freedom to meet everyone, including soldiers. How is that putting conditions?"

Last week senior Congress leader Ghulam Nabi Azad as well as CPI and CPI-M General Secretaries D. Raja and Sitaram Yechury were sent back to Delhi from the Srinagar airport.