Students do their bit for State Special Status. 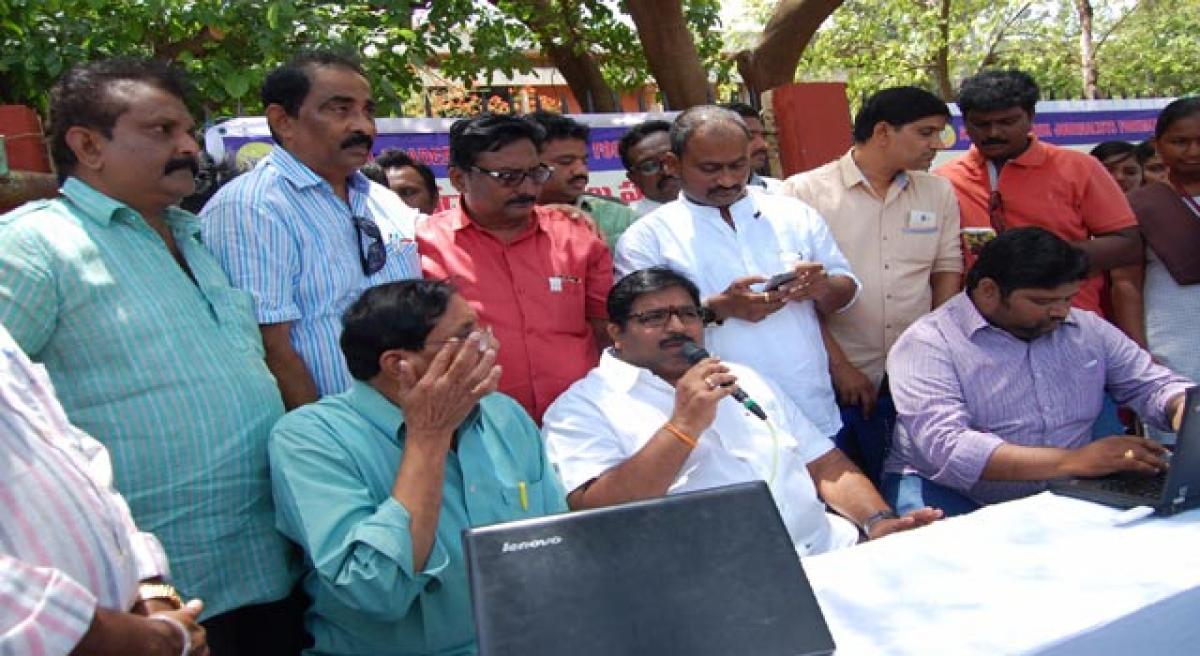 The Andhra Pradesh Journalists Forum (APJF) organised a ‘Mail to Modi’ program, in which nearly 40 engineering students helped the public, demand for the prime minister, to announce Special Category Status, in his Independence Day speech.

The Andhra Pradesh Journalists Forum (APJF) organised a ‘Mail to Modi’ program, in which nearly 40 engineering students helped the public, demand for the prime minister, to announce Special Category Status, in his Independence Day speech.

As the prime minister of India, Narendra Modi welcomed suggestions from public about topics to include in his Independence Day speech, the APJF took up a campaign, ‘Mail to Modi’, to demand the special category status to the state as promised by former prime minister on the floor of parliament.

As the prime minister office already announced, if a topic was mentioned by more than 10000 people, it would be brought to the notice of prime minister for inclusion in his speech.

Janardhan said, “The Special category status is a right of the people of Andhra Pradesh. It was promised to us by a prime minister of the country in the parliament house. The Prime Minister Narendra Modi should respect that word given by the former prime minister and announce it in his Independence Day speech.”

The general secretary of the APJF Prakasam district unit Showry Das said, “We are demanding the same thing that the government promised the state during bifurcation.

The decision was already taken by the cabinet at that time. The BJP and Narendra Modi promised us that they will give the special category status for 10 years before election and the people in the state believed it and voted for them.

Firoz Baig, president of the APJF Prakasam unit said, “We are planning to organize the Mail to Modi program for the next four days in various places in the district.