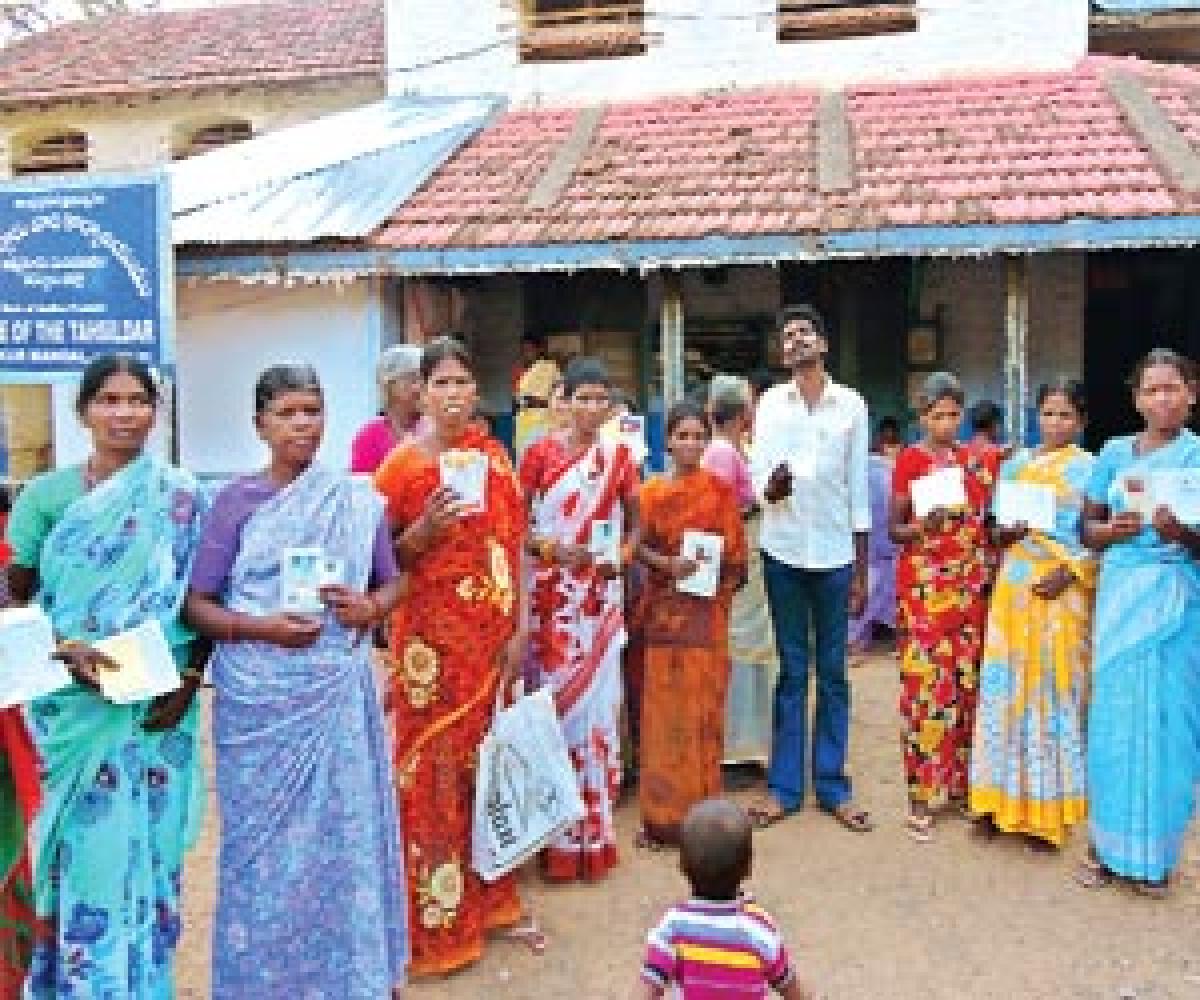 A group of 200 Chenchus on Wednesday laid siege to Tahsildar office here demanding PDS rice to them by Thursday morning.

Atmakur (Kurnool): A group of 200 Chenchus on Wednesday laid siege to Tahsildar office here demanding PDS rice to them by Thursday
morning.

They alleged that they have not been getting the rice for the past three months and claimed that they have been virtually starving for
want of food and water. They gave the officials ultimatum that they are prepared to die here rather than going back on their demand.
In fact, 90 Chenchu families have been living in Pechchervu area – the tiger breeding center in the Atmakur forest division.

The families have been denied rations for the past three months because the region is a shadow area for cell phone signals, there is no
power supply in the region and computers will not work there. Recording biometric evidence of rations supplied is not possible. Even the
fair-price shop dealer will not go to the area to distribute rations.

Under the scenario, the Chenchus laid siege to the Tahsildar office and threatened the officials to take them to task if the rations are not
disbursed. Earlier, rations used to be disbursed manually obtaining cardholders’ signatures.

Besides the food problem, the Chenchus have been facing acute drinking water problem as eight out of nine borewells dried up. They
minced no words when they said that officials alone would have to be held responsible in case of starvation deaths in the Chenchu
habitat.