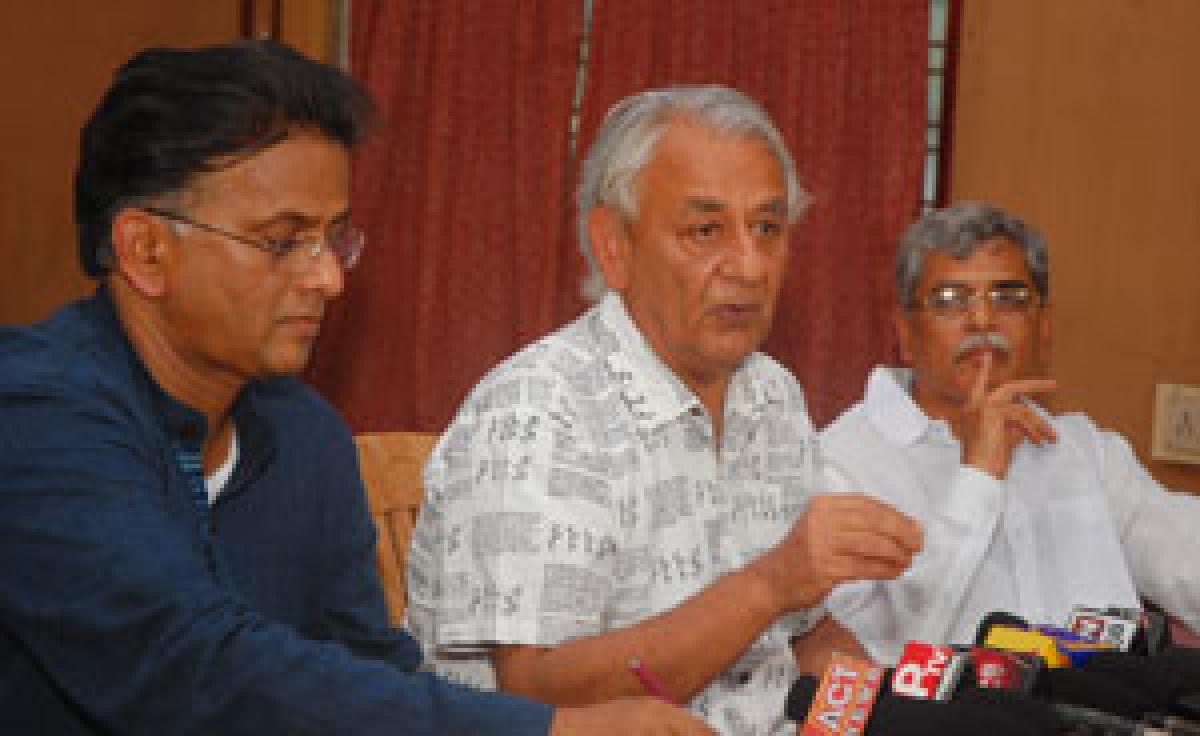 The environmentalist said if the government protects the flood plains it could save 40million cubic metres of water which is enough to supply 150 litres of water per head to 8 lakh people per year which costs around Rs 600 cr.

Vijayawada: Noted environmentalist and physicist Prof Vikram Soni appealed to State government to build a sustainable natural city at Amaravati capital instead of going for smart city. He said if the government protects the natural course of flood bank and flood plains, it could save Rs 600 cr on water supply to capital city per year.
The environmentalist who conducted research on water conservation inspected Amaravati seed capital and river bank near capital along with social activist B Satyanarayana and capital region protection committee leader A Gandhi. Later, speaking to media persons here on Sunday, said that the government should not take up construction within 2.5 km from the flood bank to protect the floodplains, which helps for water percolation and continuous supply of water even in time of drought.
He said that the government should develop parks and greenery within 2.5 km radius from the flood bank to develop a natural city and to bring down the temperature in capital city by 10 degrees.
The experts said severe drought conditions prevail throughout the country and there is a possibility for water emergency with lack of drinking water, the State government should protect the environment and river course at Amaravati capital for continuous sustainability. He said Krishna floodplains from millions of years of flooding each year have deposited sand aquifers which are 3 km wide and 40 metres deep and 40 per cent of their volume is water. The river has enough surplus flow in the monsoon which amounts to 4 billion cubic metres. The environmentalist said if the government protects the flood plains it could save 40million cubic metres of water which is enough to supply 150 litres of water per head to 8 lakh people per year which costs around Rs 600 cr.
He said once a self-sustaining water supply by protecting the floodplains it would help development of AP as it need not spend on water supply like metros, where the governments are forced to supply drinking water to people by from more than 100 km.