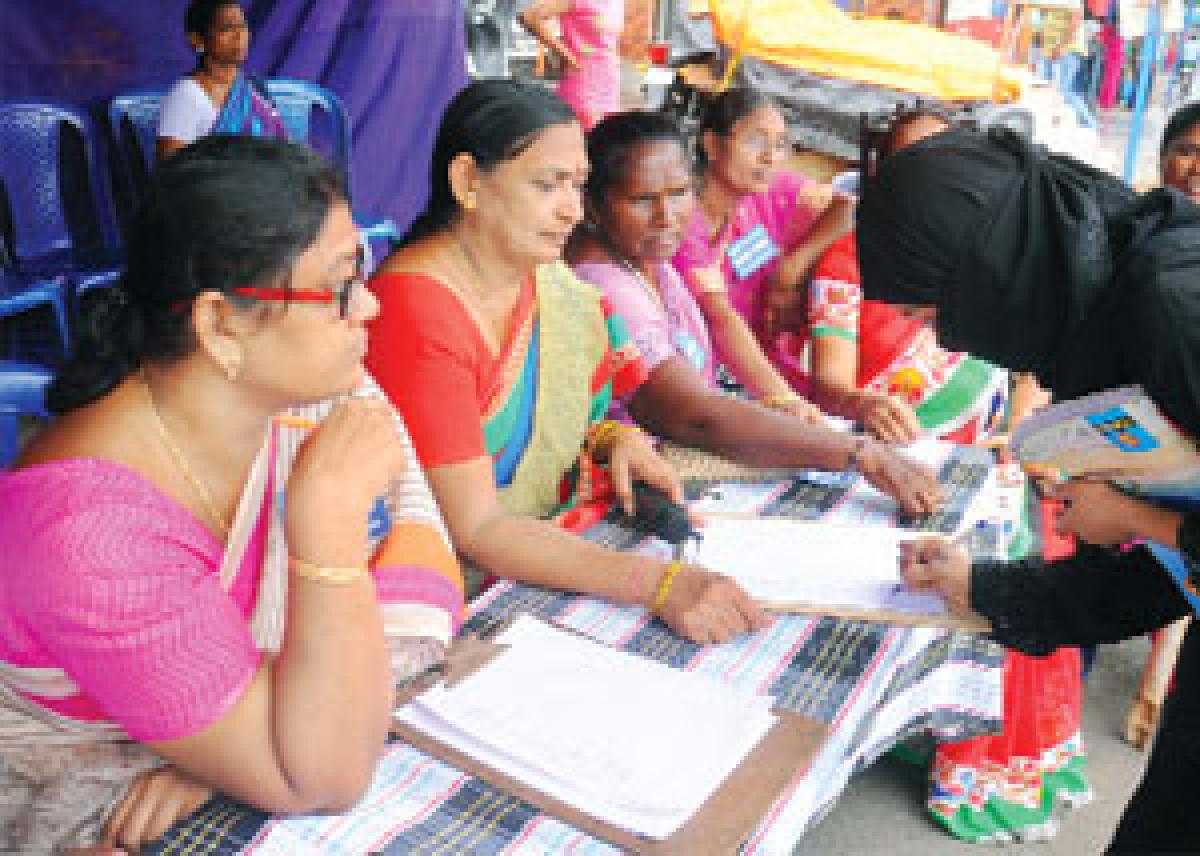 As elected representatives holding the key posts, they should not tolerate the wrong behaviour of their party corporator

Vijayawada: The city unit of National Federation of Indian Women (NFIW) organised a signature campaign at Lenin Centre here on Wednesday, demanding the arrest of the TDP corporator who had misbehaved with a woman during a study tour.
Speaking at a meeting held to mark the launch of the campaign, the NFIW city general secretary, Panchadarla Durgamba, condemned the misbehaviour of the elected representative during the study tour alleging that it had brought disrepute to Vijayawada.
“It was unfortunate that Mayor Koneru Sridhar and Deputy Mayor Gogula Venkata Ramana are trying to shield the TDP corporators instead of condemning their misbehaviour. As elected representatives holding the key posts, they should not tolerate the wrong behaviour of their party corporator,” she remarked.
The NFIW city president, O Bharathi, other leaders D Sitaravamma, M Subbalakshmi, Ch Parvathi and former corporators Izzada Lakshmi and Thammina Durga were present on the occasion.