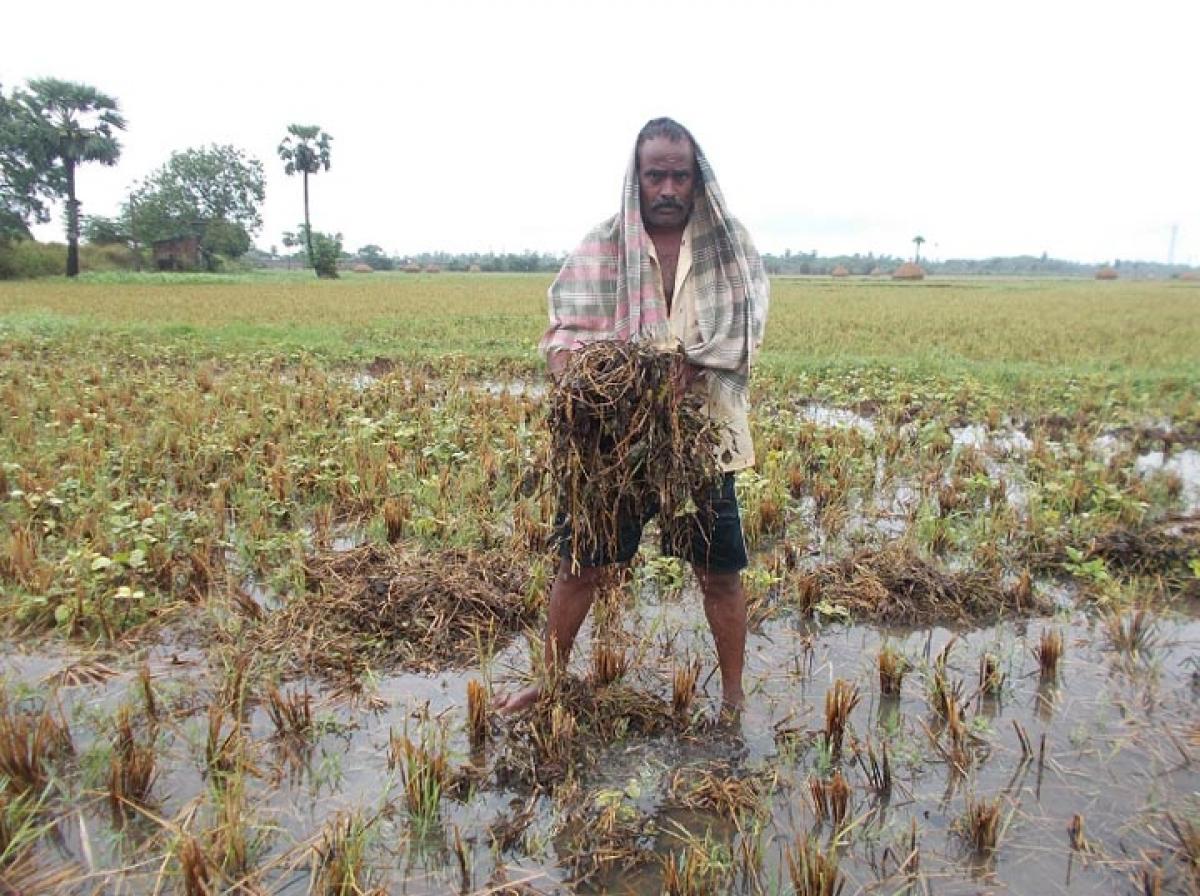 Many farmers in the district cultivated black gram and green gram in Rabi keeping in view shortage of irrigation water. According to an estimate, pulses crops were raised in about 20,000 hectares in the district. In Pithapuram sub-division alone, black gram and green gram were cultivated in more than 500 hectares. Bengal gram was raised extensively in Gollaprolu Mandal.

The crops showed early in the season were ready for harvest. Speaking to The Hans India, a farmer said: We raised black gram and green gram with a hope of reaping a good harvest during the summer. An average yield of two bags of black gram is expected per acre. As the market price for black gram is quite high, we hoped to earn an income of Rs 12,000 to Rs 14,000 per bag.

The unseasonal rain under the influence of cyclone dashed our hopes. In most of the areas, farmers are left with no option except plowing their fields for the ensuing Kharif as the submerged black gram and green gram plants started decaying.’’ Assistant Director of Agriculture Padmasri suggested that bands in the fields be breached to let out stagnated water.

In the process, some of the damaged crops could be salvaged. If the crop remains submerged in water for more than two days, it would be totally damaged, she said.