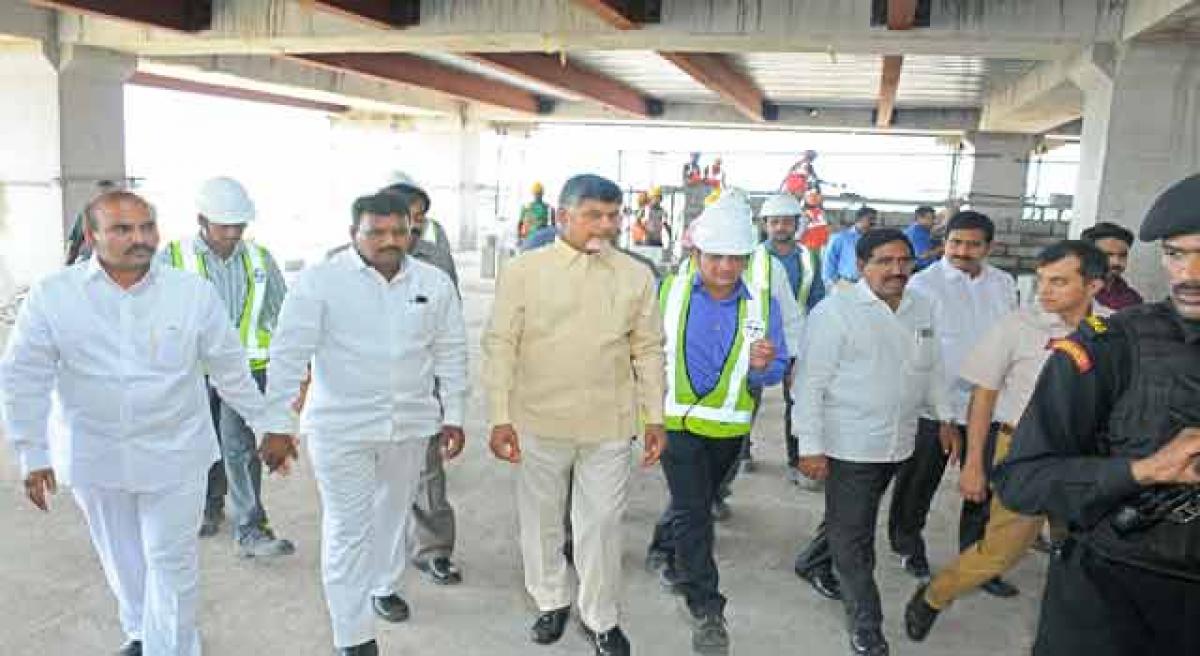 Task “Mission-33” assigned to Andhra Pradesh General Administration Department (GAD) is giving jitters to the officials in the department triggering hectic activity for the last two days. Speaking to The Hans India, a senior official from the department said this time, the message is loud and clear from none other than Chief Minister N Chandrababu Naidu.

Hyderabad: Task “Mission-33” assigned to Andhra Pradesh General Administration Department (GAD) is giving jitters to the officials in the department triggering hectic activity for the last two days. Speaking to The Hans India, a senior official from the department said this time, the message is loud and clear from none other than Chief Minister N Chandrababu Naidu.

The Chief Minister made it clear that irrespective of the hurdles that might crop up, the Secretariat administration has to be shifted to the temporary Secretariat and the GAD officials were asked to ensure that the deadline of June 27 was met. Following this, the GAD has drafted a tentative plan which would be firmed up into a road map for shifting in next two days.

As per the tentative plan, all the Secretariat staff of 32 departments and directorates having a strength of around 10,000 would be shifted in one go by June 27. The GAD would first issue a circular to the HODs, Directorates and District Collectors of Krishna and Guntur districts. The District Collectors in consultation with HODs will have to decide the place from where they want to function.

For this, the GAD officials say that in addition to the temporary Secretariat, availability of 11 lakh sq ft of space has been identified in Krishna and Guntur districts. The HODs in consultation with the District Collectors would select the space and the GAD would finalise the same in the first week of June.

Following this, finalisation of rentals would be decided in the second week of June and house warming ceremonies of all the offices will have to be completed in the third week of June, and the administration has to start functioning from the fourth week of June, the sources said.

As per the plans contemplated along with the staff, all government material from the offices of directorate and secretariat like files, computers and furniture should also be shifted by June 27. Though it was contemplated to keep skeletal staff earlier, according to the new directions from the highest level, “all will have to shift,” said a senior official.

Meanwhile, the NGO association representatives were mulling to make a last effort to meet the Chief Minister to allow shifting of employees in a phased manner as per an action plan decided earlier. Speed up temporary Secretariat works: CMThere are 32 departments in State Secretariat with strength of around 2,000 employees.

Similarly, there are 89 directorates which have about 8,000 employees. Only employees working in the institutions falling under Schedule 9 and 10 under the Andhra Pradesh State Reorganisation Act, 2014, are the only ones who would get an exemption from the shifting for the time being.

A comprehensive report of a final action plan along with the modalities would be submitted to the CMO by Friday, the sources added.