Move to take over NGO-run hostels by SSA opposed 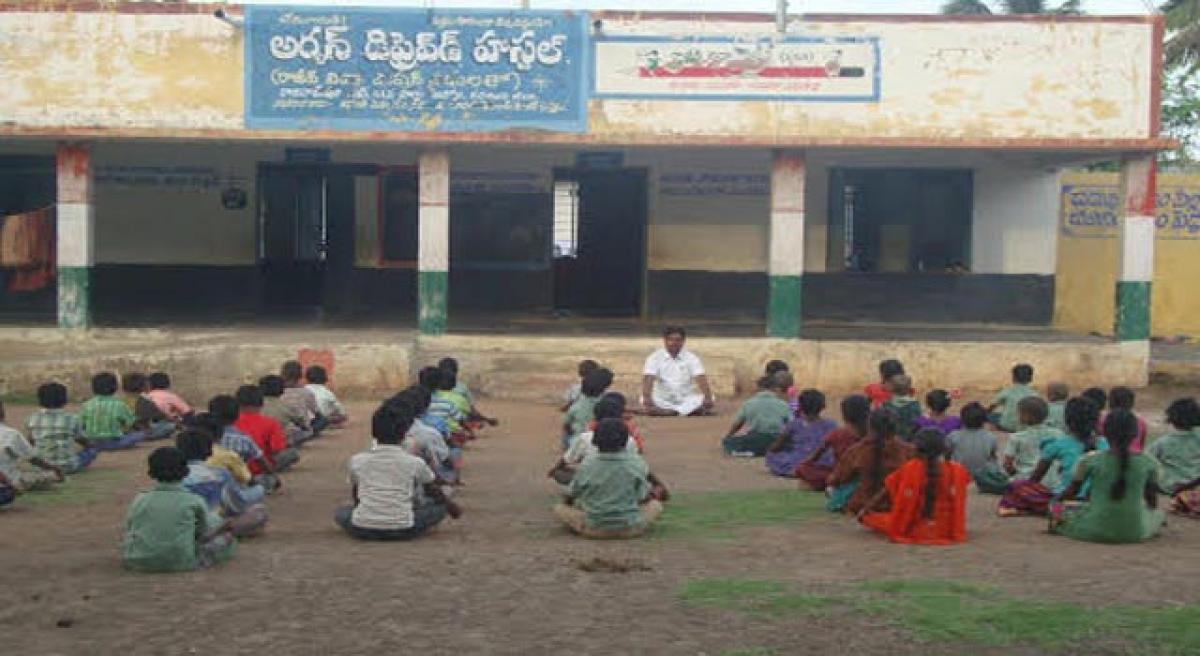 There was a clear instruction from the government that each hostel/ school need to have strength of 100 children aged between 6 and 14 years. In spite of the growing importance for these hostels, the State government is hell-bent on bringing the Urban Residential Hostels and Urban Residential Schools under Sarva Shiksha Abhiyan.

​Kurnool: In order to help deprived children, the government had started Non Governmental Organisations (NGOs) through which the children could be given good education. Keeping this in view, around 23 Urban Residential Hostels (URH) and Urban Residential Schools (URS) were sanctioned in 2012 in the State.

There was a clear instruction from the government that each hostel/ school need to have strength of 100 children aged between 6 and 14 years.

There are negative opinions prevailing that if those hostels/schools, if brought under SSA, then there is no way that the children would continue in the hostels. The relatives of the children too opine that the government should drop the idea to shutdown hostels, where the children are safe and happy now.

After the bifurcation of the State, 15 schools were allotted to the State. These Urban Residential Hostels and Urban Residential Schools would be under the control of Sarva Shiksha Abhiyan at State-level and a Project Officer would take care at district-level.

Kurnool district was sanctioned two Urban Residential Hostels, one at Adoni and the other at Kurnool.

These hostels were registered with strength of 100 students and were running successfully.

The main objective of the government in introducing the NGOs (Non-Governmental Organisations) in starting the hostels is that the children would be provided good care and hospitality. The children also feel that they are not away from home when their parents are not around.

On this occasion, some incidents should be recalled: four girls, Laxmi, Kavitha, Sravani and Venkateswari hailing from Pyalakurthy village under Kodmur constituency lost their parents. Their father expired at an early stage and mother is mentally retarded, and there is no one to take care of them.

Speaking to The Hans India, Lakshmi, a class VII student, said that she and her sisters became attached to the hostel run by Anantha Educational and Rural Development Society, so much that they call it as a home away from home.

In two other incidents, the children are homeless. One girl Padmavathamma of Yemmignur village aged about 13 years had faced sexual harassment from her father, who murdered his wife. She said that she would prefer hostel to home as she was scared of her abusive father.

She said that she would like to become a doctor to serve the society.

Another eight-year-old Arishia from Pyalakurthy had lost her parents at an early age due to HIV. There are many more children like this and they are taking shelter at the Anantha Educational and Rural Development Society, Adoni.

Sarojamma, headmistress of a government school at Pyalakurthy, said, State government should drop its move of winding up the Urban Residential Schools lest the children might go astray for want of love and affection.

Anantha Rajendra Prasad
Organiser at Deprived Urban School said that he has to feed his family with the meagre income he earns and urged the government not to pull the plug on his source of income.