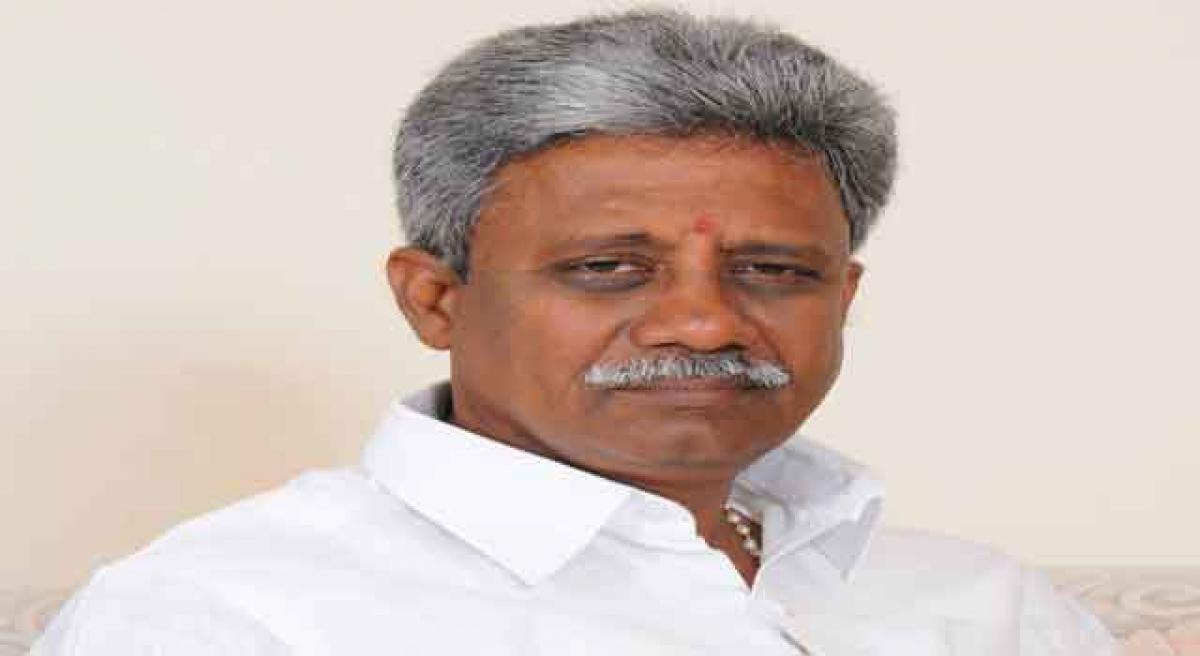 The fissures in TDP and BJP coalition have been exposed once again when Endowment Minister Pydikondala Manikyala Rao (BJP) and ZP chairman Mullapudi Bapiraju (TDP) began sparring over a protocol issue.

​Eluru: The fissures in TDP and BJP coalition have been exposed once again when Endowment Minister Pydikondala Manikyala Rao (BJP) and ZP chairman Mullapudi Bapiraju (TDP) began sparring over a protocol issue.

Relations have been sour between Bapiraju and Manikyala Rao since last year when the differences reached a peak in one of the programmes in Tadepalligudem constituency last year.

Bapiraju is angered over the Endowments Minister’s attitude towards the TDP leaders and workers in the constituency. It has reached its peak just before the VIRRD Hospital inauguration by Chief Minister N Chandrababu Naidu last year.

Even then, the Minister did not respond to the allegations of ZP chairman. Meanwhile, the Endowments Minister Manikyala Rao went to Maharashtra. In the absence of the Minister, the ZP Chairman took part in various inauguration programmes in Tadepalligudem constituency on Tuesday. Some of them were of government developmental activities.

Irked over the same, the Minister informed TDP president Kala Venkat Rao that he would not allow any protocol violation in his constituency. It is learnt that the Minister had told them that he is a public servant and he would not care about the “power politics”.

He is believed to have said that he would conduct inaugurations and other development programmes himself in the constituency and would not allow others’ intervention in the matter.

According to highly placed sources, the matter is also said to have reached Chief Minister N Chandrababu Naidu, who assured the Minister that he would look into the matter.

MLC Reddy Subrahmanyam, TDP district president Thota Sitaramalakshmi and other state leaders have convinced Manikyala Rao on the issue. The inaugurations scheduled in Tadepalliugudem constituency by Bapiraju have stopped on Wednesday, following the TDP leaders’ intervention.