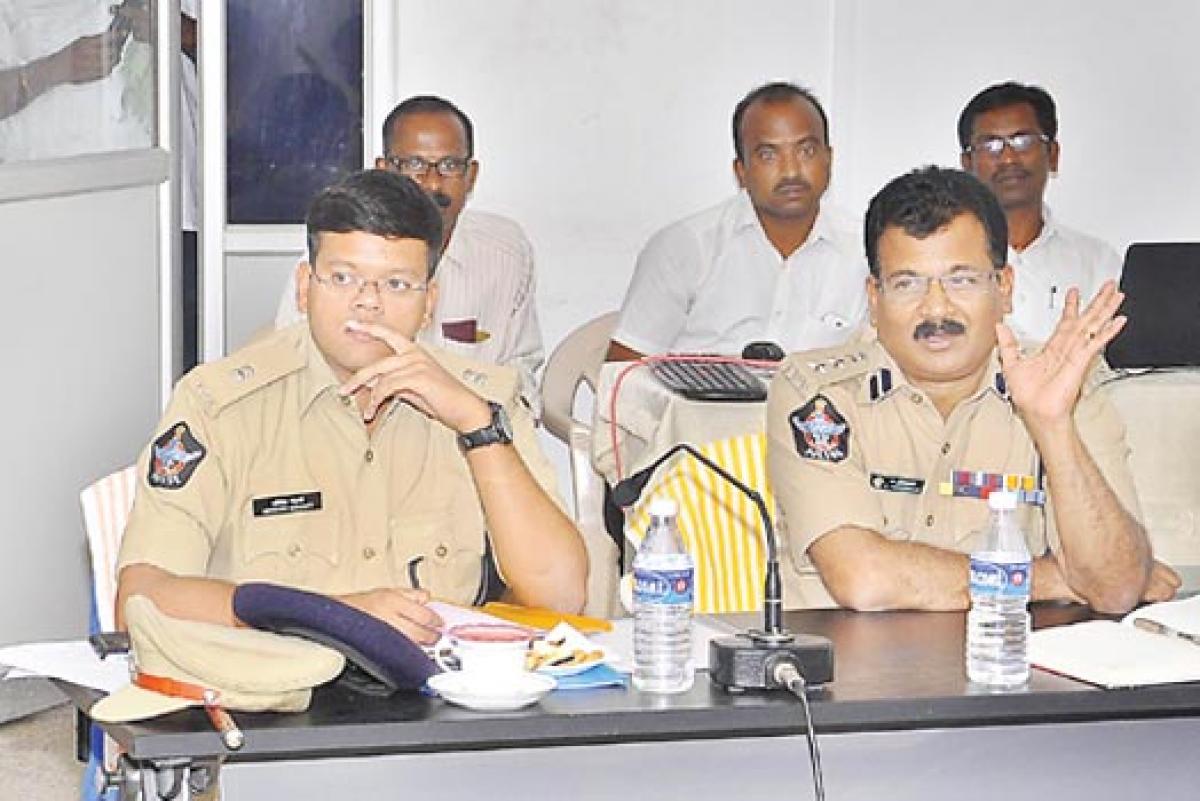 The police should fix their priorities in achieving their targets within their jurisdiction and comply with better records in their police stations, he added.

Chittoor: “The police should explore all ways and means to curtail the crime rate. There is no question of compromising on the rise of crime rate in the district,” according to Chittoor District Superintendent of Police G Srinivas.

The police should fix their priorities in achieving their targets within their jurisdiction and comply with better records in their police stations, he added.

Reviewing the crime rate here on Wednesday at the District Police Office, Srinivas instructed the DSPs to go to the grassroots level and ascertain the crime prone circumstances in the villages.

The police should maintain cordial ties with the public. The police officers should create a pleasant atmosphere in the police stations so that the people would come freely to lodge complaints.

The only needful aspect of the police is to create people-friendly atmosphere, he opined.

The Superintendent of Police while reviewing the traffic problems in Chittoor, Madanapalli and other major towns instructed the police to launch a drive to create awareness among the public on the traffic hazards. He stressed that the police should be strict in registering the SC, ST atrocities cases without yielding to pressure from the political parties and higher officials.

He regretted that some DSPs are still lagging behind in taking effective steps in the recovery of the stolen property and there is a big gap in the control of chain snatching cases.