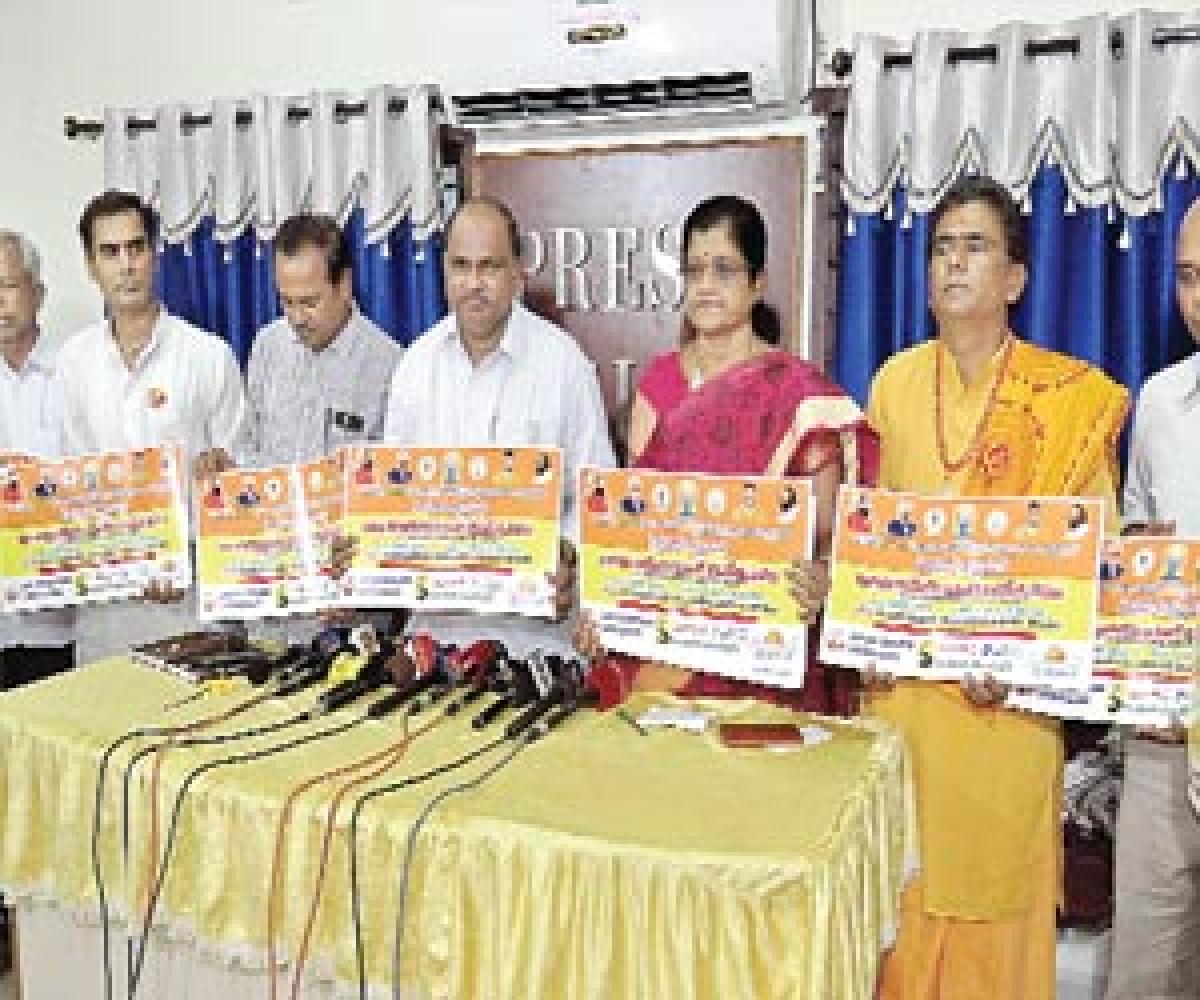 Tirupati: Department of AYUSH in association with the city based various organisations engaged in promoting yoga will jointly conduct ‘International Yoga Day’ here on June 21. Speaking after releasing the poster on the event here on Saturday, Additional Joint Collector Venkata Subba Reddy along with Tirupati Yoga Samakhya, a confederation of various yoga organisations, executive chairman R Sudharani said that the mass yoga programme will be organised in Indira Maidanam here from 5.30 am to 8 am on June 21.

They said that the State government recognising the importance of yoga allocated Rs 25 crore for promotion of yoga while Prime Minister Narendra Modi was responsible for yoga getting worldwide recognition which was evident with International Yoga Day being observed in 177 countries on the globe. Efforts are on to ensure large number of participation in the event, they said.

Representatives of the organisations including Kailash Singh (Pathanjali Yoga Samithi), Shoba Rani (Art of Living) and others were present.