Mudragada gets a hero's welcome at Kirlampudi 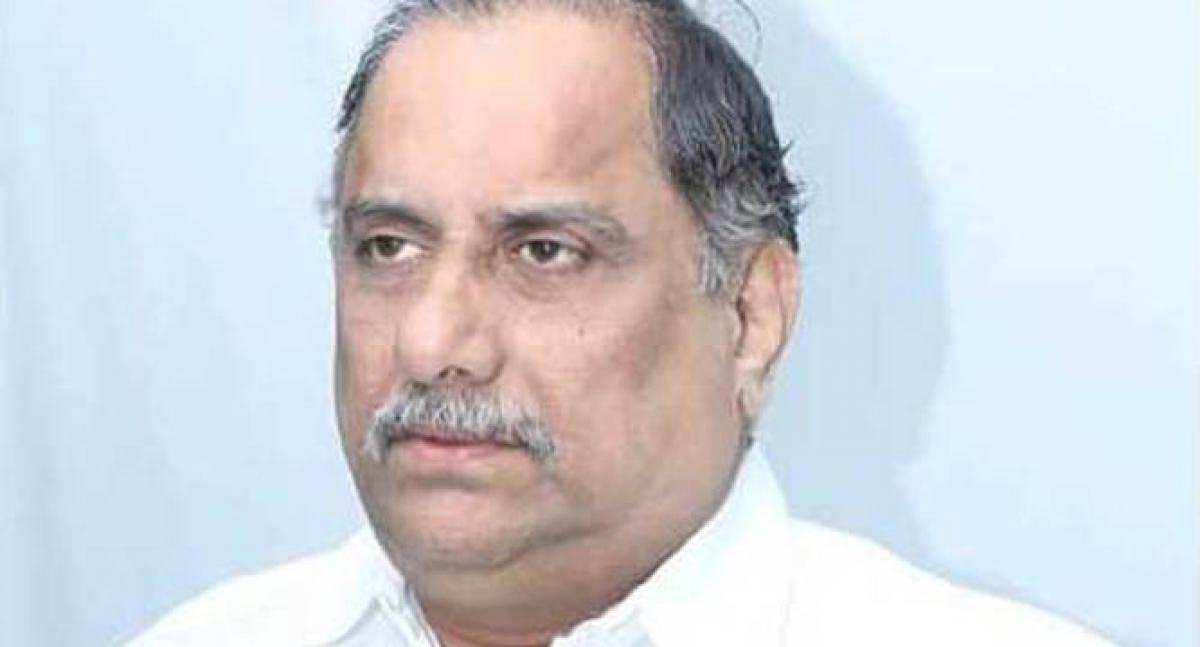 Kapu supremo Mudragada Padmanabham was accorded a grand welcome at his Kirlampudi residence on Wednesday morning after he left the Rajahmundry Government Hospital.

Kapu supremo Mudragada Padmanabham was accorded a grand welcome at his Kirlampudi residence on Wednesday morning after he left the Rajahmundry Government Hospital.

The Kapu leader who has been on an indefinite hunger strike for the past 14 days demanding the release of the 13 Kapu leaders arrested in connection with the Tuni violence decided to call off his fast at his home turf in East Godavari district.

With the 13 persons who were arrested in connection with the Tuni violence, being issued bail, it is expected that Mudragada will call off the fast. A large number of people gathered at Mudragada's Kirlampudi residence to welcome him. While nothing is known about the health condition of the Kapu leader, sources inform that Mudragada is stable and is likely to announce whether he would call off his fast or continue.