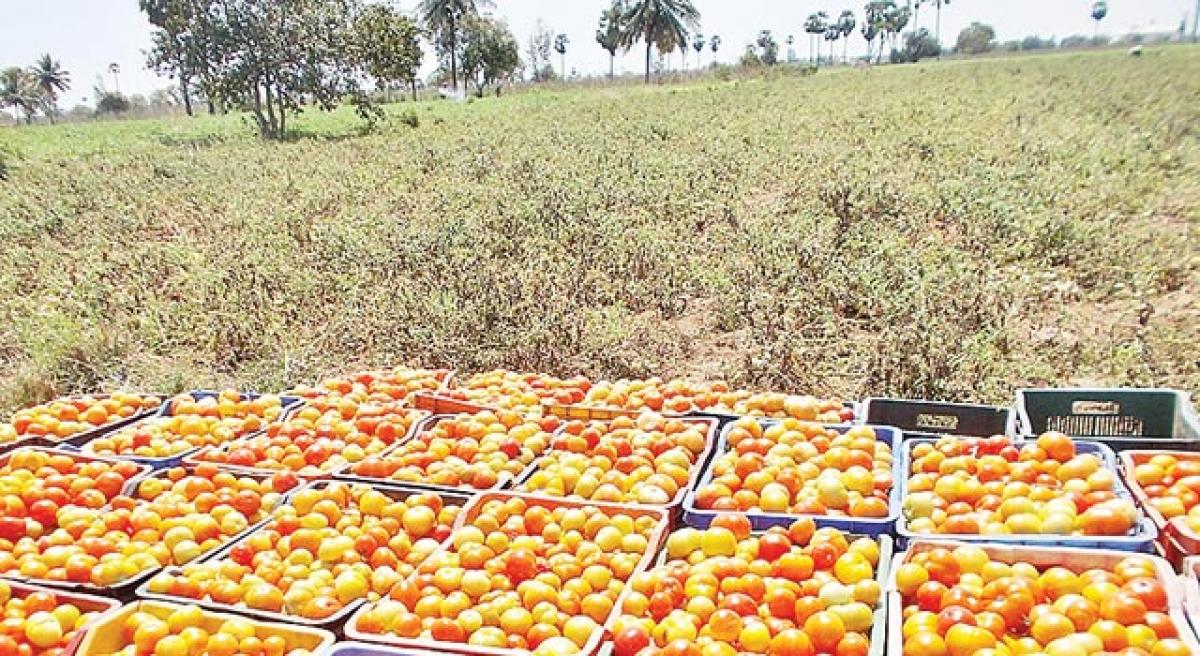 According to horticulture officials, lion’s share is occupied by tomato among of all the dry crops. Tomato can be harvested five or six times.

​Pithapuram:Tomatoes are now being sold at Rs 80 to Rs 120 per kg in the market. Sweltering heat and virus attack on the crop affected the production of tomatoes so poorly that the vegetable which was sold at Rs 10 per kg month ago, now cost Rs 120.

According to horticulture officials, lion’s share is occupied by tomato among of all the dry crops. Tomato can be harvested five or six times.

Two months ago, the virus attack left the farmers disappointed a lot. As a result, the fruit’s colour changed to white and it fell off the plant. Farmers sustained heavy losses since they invested Rs 20,000 to Rs 30,000 per acre. In spite of better irrigation facility, farmers got no relief. The district which used to export tomatoes to other places now has to import this vegetable from other states.

Further, the Indian kitchens have increased the application of tomatoes in cuisine on a par with onions. Therefore, the demand for tomatoes is considerably higher resulting in skyrocketing prices.