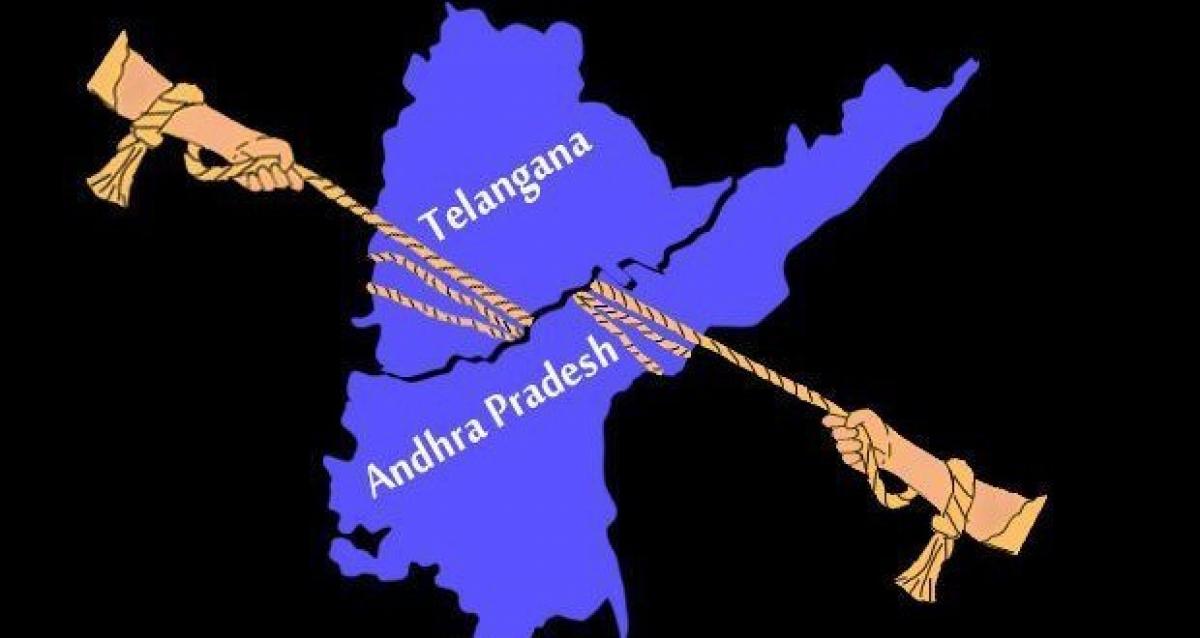 Lawyers abstained from work on Thursday and organised dharna here to protest ransacking of a court in Warangal by advocates from Telangana.

Rajamahendravaram: Lawyers abstained from work on Thursday and organised dharna here to protest ransacking of a court in Warangal by advocates from Telangana.

Members of Warangal Bar Association vandalised the local court on Tuesday and also tried to assault K V Narsimhulu, an Additional District and Sessions Judge, and demanded he shift out of Telangana. The incident took place after two Judges were suspended by the Hyderabad High Court on disciplinary grounds.

Andhra Pradesh Bar Council Member Muppalla Subba Rao and other lawyers participated in a dharna here to protest what they called attacks on Andhra Judges and lawyers in Hyderabad and the ransacking of the Warangal Court. Rao urged the Telangana Government to take steps to protect the Andhra lawyers working in the Hyderabad HC.

Over 40,000 lawyers across Andhra Pradesh staged sit- ins in different districts and abstained from court work, he said. We are asking the Telangana Government to provide protection to Andhra lawyers working in the High Court. Telangana is witnessing stir over the provisional allocation of judicial officers from Andhra Pradesh to Telangana Courts.