Integrated farming is the way forward 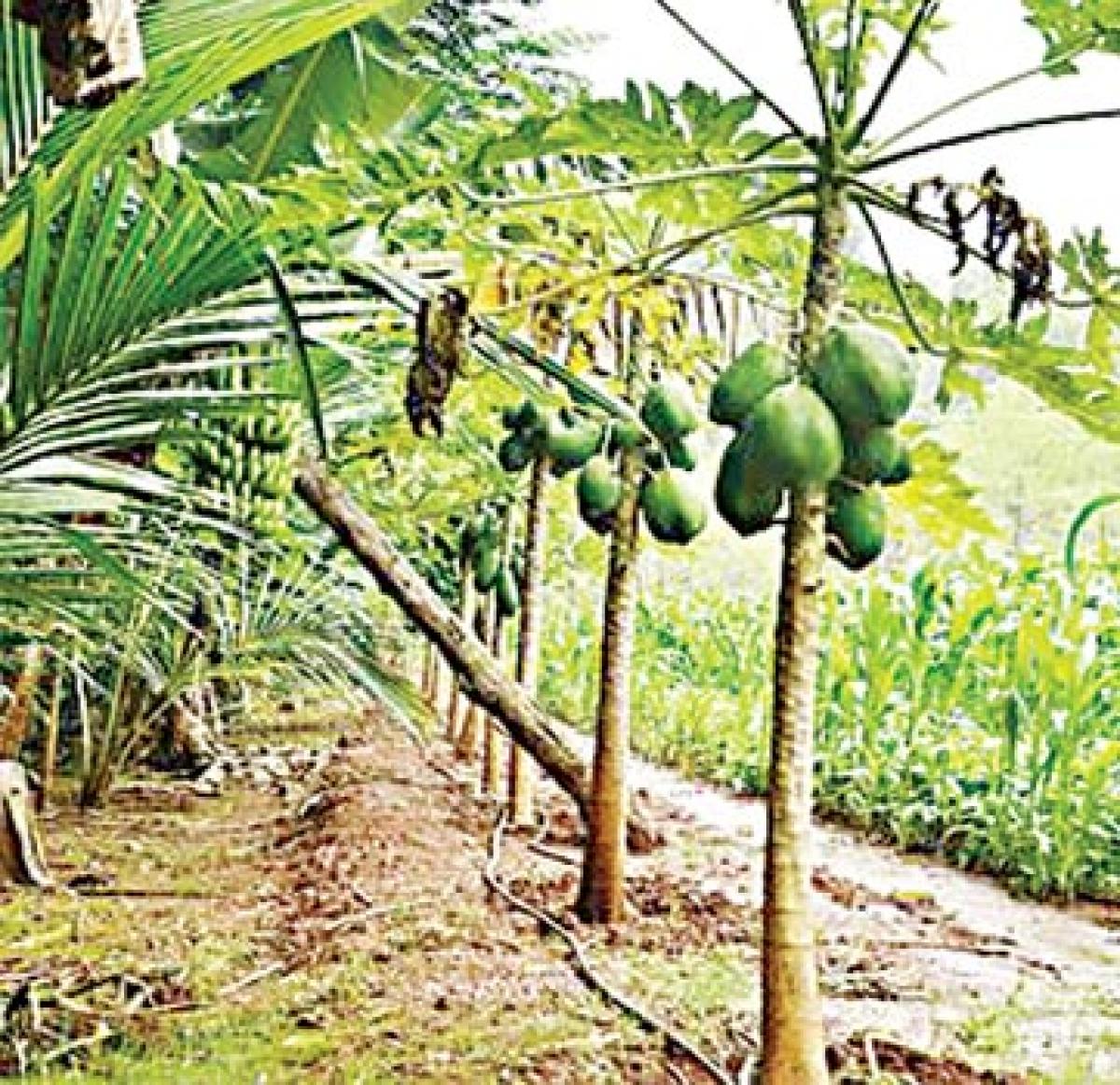 Kakinada: Integrated farming approach was more relevant in the present-day scenario as it could sustain the family, even by owning less than an acre of land. The Agriculture Technology Management Agency (ATMA), the nodal agency of the Ministry of Agriculture has taken up promotion of integrated farming in big way in East Godavari district.

Under integrated farming, farmers could earn a living branching off into fish farming, poultry and dairy farming, floriculture, alongside maintaining facilities for vermiculture, composting and production of gobar gas. A simple wooden structure ensures that they could be reared at levels – at ground level and at an elevated platform that doubles up as a cattle shed for them.

The refuse from the goats can be turned into good manure for the vegetables the farmer grows in his garden and on the terrace of his house.

For taking up integrated farming, the farmer would be provided Rs 25,000 per acre. Some of the mandals in which integrated farming would be implemented on a pilot basis are Mummidivaram, Anaparthy, Karapa, Kajuluru, Pithapuram, Peddapuram and others.

For providing assistance to farmers, ATMA officials have taken the assistance of MNREGS. The ATMA officials have set up demonstration plots of integrated farming system models in Krishi Vigyan Kendras at Kalavachala in Rajamahendravaram suburbs under the aegis of ICAR and a research unit at Pandirimamidi in East Godavari agency area and AP Horticulture University at Tadepalligudem in West Godavari district to create awareness among farmers about sustainable agricultural practices.

ATMA project director P Padmaja said there were examples of farmers in small holdings improving their productivity by adopting integrated farming. “We have organised the programmes to instil confidence among farmers and educate them on the improved methods of farming to help them improve their standards of living,” she added.

If farmers get a stable market and good price for their produce, they could lead a comfortable life. It would also then be possible to attract youth to agriculture, she said. She said that farmers should give importance to proper utilisation of space in their fields and added that production of quality crops would only add to the income of farmers.