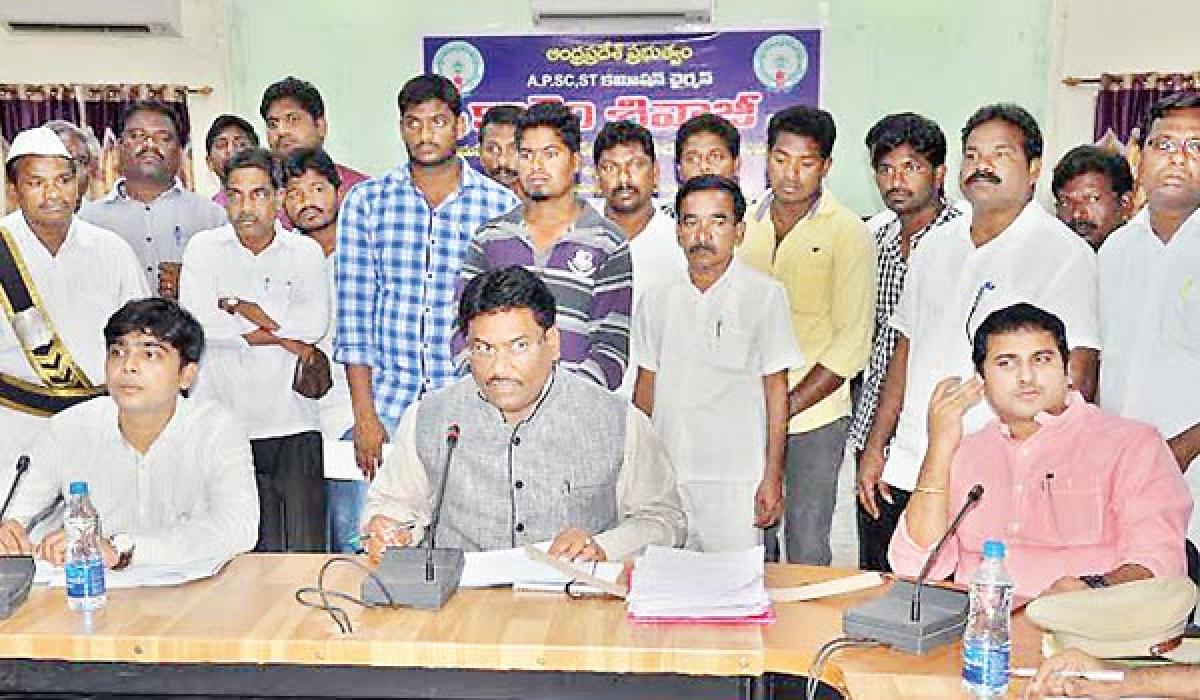 He reviewed the progress of SC/ ST cases at R&B guesthouse here. He informed that 300 cases relating to land issues and 57 atrocity cases were pending in Rajamahendravaram division.

Rajamahendravaram: Stern action would be taken against officials, who were indifferent towards problems of Dalits and tribals, SC/ST Commission chairman Karem Sivaji warned here on Thursday.

He reviewed the progress of SC/ ST cases at R&B guesthouse here. He informed that 300 cases relating to land issues and 57 atrocity cases were pending in Rajamahendravaram division.

Speaking on the occasion, Sivaji came down heavily on revenue officials, who were allegedly neglecting Dalit and tribal issues. Expressing anger for not implementing the directions made by the commission in the last two review meetings, he made it clear that land problems should be solved immediately. He said that he would make efforts to allot lands for construction of burial grounds after speaking to Chief Minister N Chandrababu Naidu.

Sivaji vented ire at police for harassing victims, who were booked under SC and ST (Prevention of Atrocities) Act. Stating that thousands of acres of land have been encroached, he asked the officials to take steps to recover these lands.

He informed that 1.61 lakh acres of land was encroached in Kurnool district alone and added that State-wide seminar would be conducted on July 15 on land encroachments. He expressed disappointment over the absence of many officials in the meeting.
Municipal commissioner V Vijayarama Raju, Sub-Collector Ravi Pattan Setty, Social Welfare DD N S Shobha Rani and police were present.