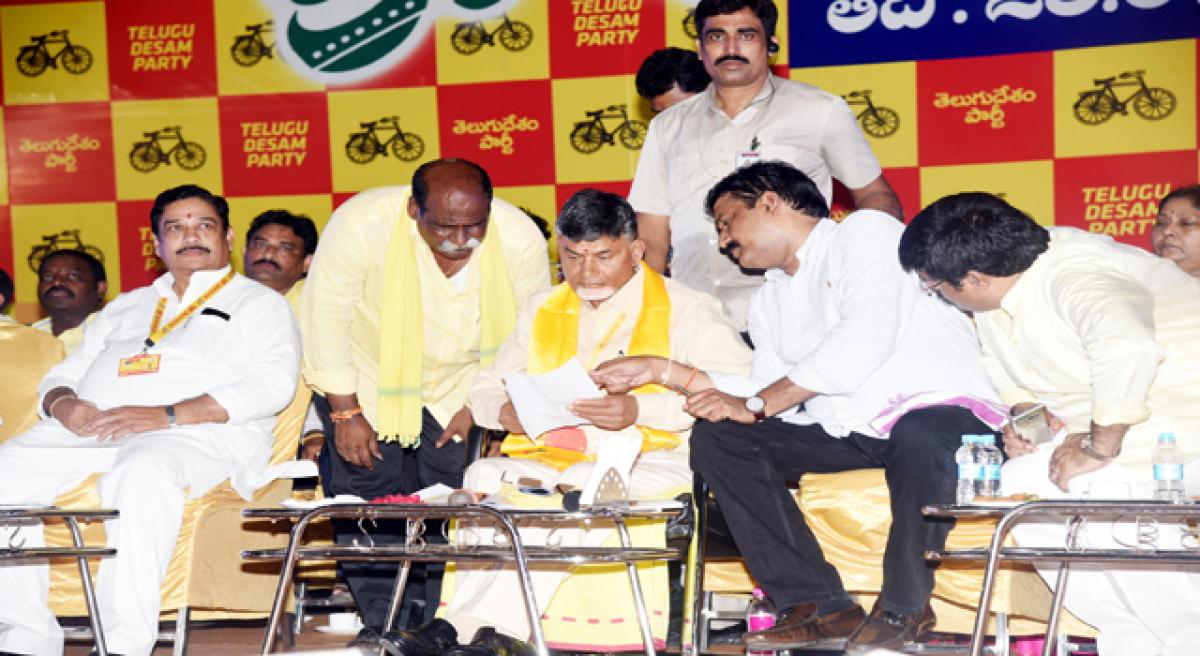 Chief Minister N Chandrababu Naidu assured party activists that the nominated posts would be filled up soon. Senior party workers would be given priority, he added.

​Visakhapatnam: Chief Minister N Chandrababu Naidu assured party activists that the nominated posts would be filled up soon. Senior party workers would be given priority, he added.

He addressed a party workers meeting, here on Saturday. Speaking on the occasion, the Chief Minister said that party founder Late NTR and he has achieved global recognition because of the efforts of the cadre.

Naidu asked the Ministers, MPs and MLAs to honour and respect the cadre. He thanked the party national general secretary Nara Lokesh for enrolling 54 lakh members into the party fold within 50 days, using latest technology.

Summing up the welfare schemes, the Chief Minister informed that the government has earmarked a budget of Rs 750 crore for Minorities, set up Kapu Welfare Corporation with Rs 1,000 crore fund.

Detailing about Smart Pulse Survey, Naidu said if necessary more welfare schemes would be introduced after the survey and action plan would be chalked out to ensure that each family would get a net income of Rs 10,000 per month.