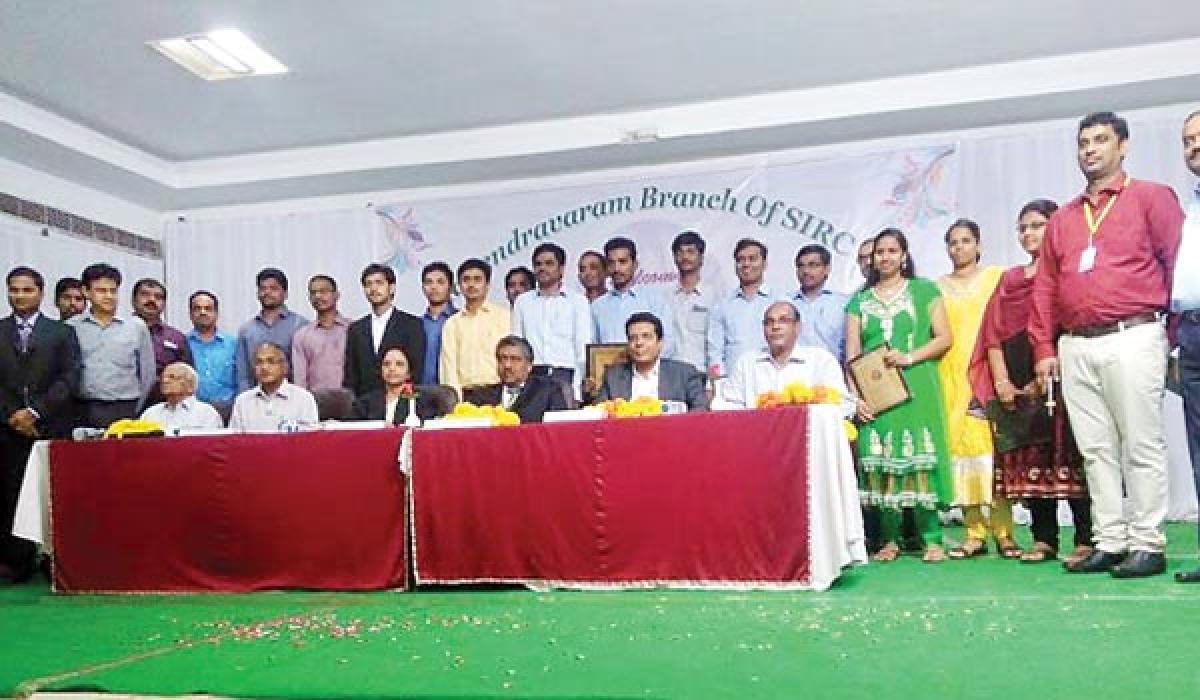 City MLA Dr Akula Satyanarayana was the chief guest at the programme. Speaking on the occasion, Devaraja said GST will replace 17 indirect tax levies and compliance costs will fall.

Rajamahendravaram: As the Rajya Sabha passed the constitutional amendment paving the way for the goods and services tax (GST), the reform is expected to bump up GDP, said The Institute of Chartered Accountants of India (ICAI) president M Devaraja Reddy here on Saturday.

He participated in the workshop on GST and TDS organised by Rajamahendravaram branch of Southern India Regional Council (SIRC) of ICAI here on Saturday.

City MLA Dr Akula Satyanarayana was the chief guest at the programme. Speaking on the occasion, Devaraja said GST will replace 17 indirect tax levies and compliance costs will fall.

He said the implementation of a unified GST in India is viewed as one of the most far-reaching indirect tax reforms that the country has ever seen.

MLA Satyanarayana said GST is a consumption tax that is collected on sale of manufactured goods and services. Since it is a consumption tax, it is passed on until the last stage, wherein the customer bears the tax, just like excise duty is imposed currently, he added.

He explained that the GST is an important tax reform as it simplifies the tax structure, increases tax compliance, increases government revenue and integrates States. He said Chartered Accountants are the guardians of financial probity and play a vital part in the development of the nation.

It is a moment of truth for the profession to be a fundamental edifice to be overall process of national development. The profession has developed itself as an enabling instrumentality for businesses, governments, regulators and the stakeholders,” he added.

He also expressed confidence that the Institute and its members would continue to meet the expectations of the government and urged the Chartered Accountants to give a push to various government initiatives including insurance and pension schemes to make them a success.Later, ICAI president M Devaraja Reddy gave away certificates for the newly qualified CAs.