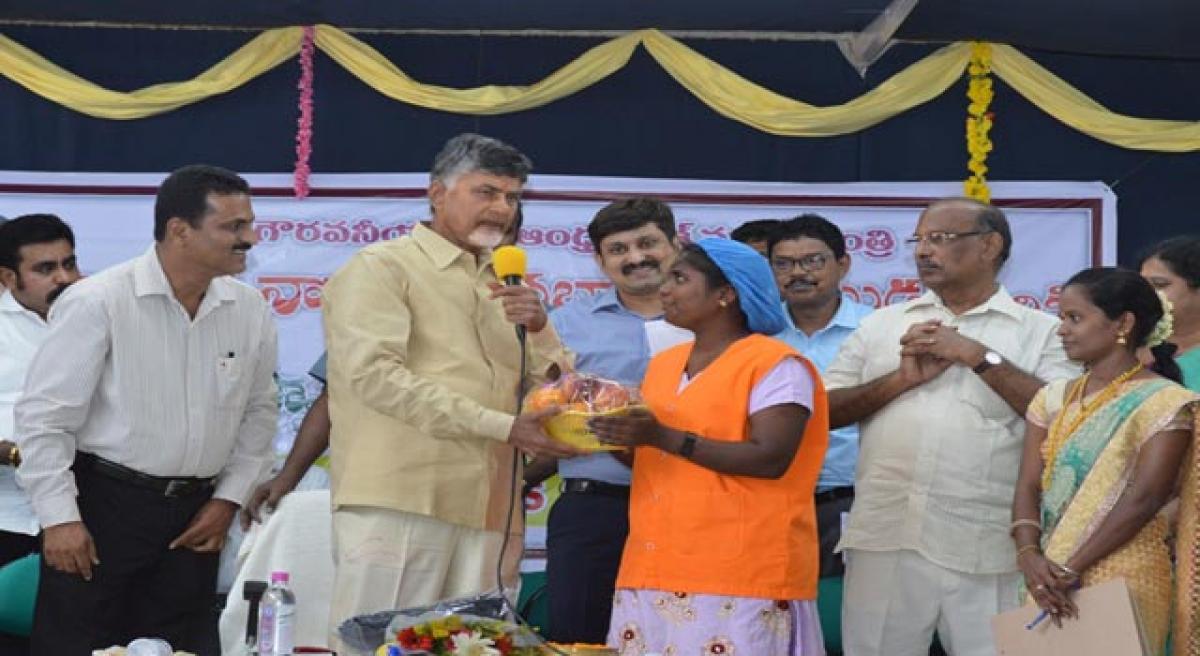 He termed Godavari Pushkaralu as a landmark achievement for the TDP government due to strenuous efforts of official machinery and party cadre.

The Chief Minister, who arrived at Kuppam Engineering College grounds, was received by the Ministers and the party delegates besides Siddharth Jain as well as District SP Srinivas.

In a formal chat with the Minister Gopalakrishna Reddy and the TDP district functionaries, the Chief Minister has instructed the TDP district president G Srinivasulu to be the coordinator for mobilising party workers for Pushkaralu works in a big way.

He declared that sophisticated CCTV cameras would be set up to monitor developments in the ensuing Pushkaralu, while one lakh devotees are expected in take a holy dip.

Later, the Chief Minister has planted saplings at Kuppam Engineering College in which Gopalakrishna Reddy and other dignitaries took part.

Addressing the students, Chandrababu appealed to all the students to take up massive plantation drive. “There is a need for better coordination among three faculties like Innovation, Incubation and Startups for an IT revolution in the State,” he added.

The Chief Minister enlisted the achievements of the government by using technology in different welfare schemes. He also said that it was decided to set up physiometres for evaluating the groundwater levels and their related applications.

Introducing e-Point of Sale (e-PoS) in public distribution system has turned out to be a huge success, he added. He further said that pensions are being issued through biometric system in the State and above 1.60 lakh agricultural connections are being operated through remote censoring unit in the State, he added.

Later, addressing villagers of Kamathamur village, the Chief Minister called upon the villagers to take extensive part in Vanam-Manam programme and urged people to come forward to construct soak pits in a big way.

“The TDP government is committed to create opportunities to villagers to increase their monthly income up to Rs 10,000 per month through various means,” he said.