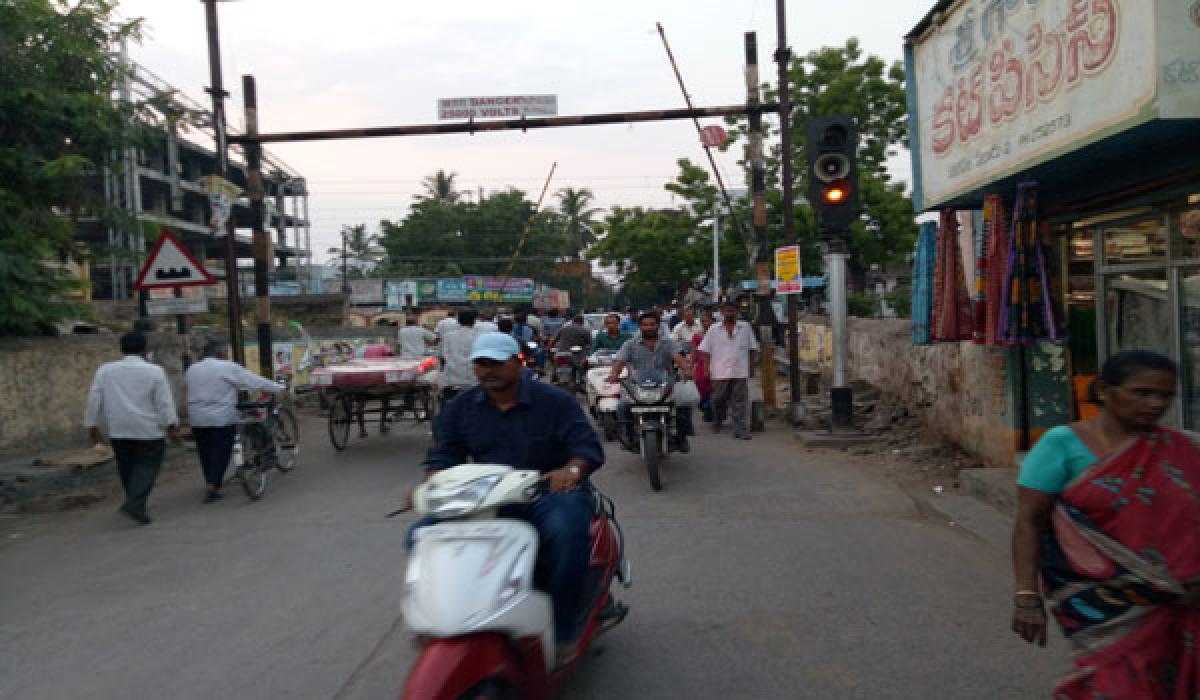 The Rail Over Bridge (RoB), proposed to link I-Town and II-Towns via railway station road in the city, is likely to rob Power Peta, the oldest locality, of its age-old glow. The property values in the area, a trade nerve centre, took a nosedive as the railway authorities carried out a survey to execute the project with a cost of Rs 23cr.

Eluru: The Rail Over Bridge (RoB), proposed to link I-Town and II-Towns via railway station road in the city, is likely to rob Power Peta, the oldest locality, of its age-old glow. The property values in the area, a trade nerve centre, took a nosedive as the railway authorities carried out a survey to execute the project with a cost of Rs 23cr.

The railway ministry has taken a policy decision to do away with all the manual level crossings by building RoBs all over the country, thus the city has received three RoBs, one each at Vatluru, old bus stand and Power Peta areas in the city. The RoB in the old bus stand area was thrown open to the public while the one at Vatluru is under progress.

It is feared that Power Peta with 2,000 houses and 10,000 population, located in a low-lying area, will remain in an island with no direct connectivity to the main roads on either side. Incidentally, Power Peta was established in 1890s in an area enclosed by the Krishna-Eluru canal and the grand national trunk (GNT) road on the one side and the railway track in the Vijayawada-Kolkata section on the other.

The locality carried the tag of then British railway engineer Sir Power in memory of his contribution to its development. Bad days fell on the locality when rail under bridge (RuB) was built connecting the Srinivasa Mahal road to the GNT highway via Central Bank of India in the past. The RuB remains closed for days together during the rainy season with creation of a huge water pool under the bridge.

The proposed rail over bridge is proposed to run for a distance of 1 km from Pannendupampula centre on one side to Karrala Vanthena on the GNT road on the other abutting the Power Peta railway station.The property deals have come to a standstill and rates reportedly dropped drastically ever since the survey was carried out. Seetaravamma, a 90-year old widow with five children, has received a house built in 200sq.yards on the station road from her husband after his death.

The house, built in 1925, is not conducive for living as it may collapse at any time. When she is trying to dispose the site, there are no takers for the property. “It is a prime land with a sq.yard priced at Rs 50,000. The price now comes down by half. We are not able to build a new house either for want of funds”, her son Ramachandra Rao told The Hans India.
Y Srinivas, a local trader, said the talk of RoB literally spelt a disaster for the business activity in the area. Meanwhile, the RoB is a good tiding for the denizens fed up with traffic snarls caused by the particular level crossing. A large number of vehicles stranded on either side of the level crossing before passing of each and every train are a common sight at Power Peta every day. Eluru Traffic DSP Avula Srinivasa Rao expressed the hope to find a lasting solution to the traffic bottlenecks on the narrow station road if the RoB becomes a reality.