Government schools lagging behind in amenities 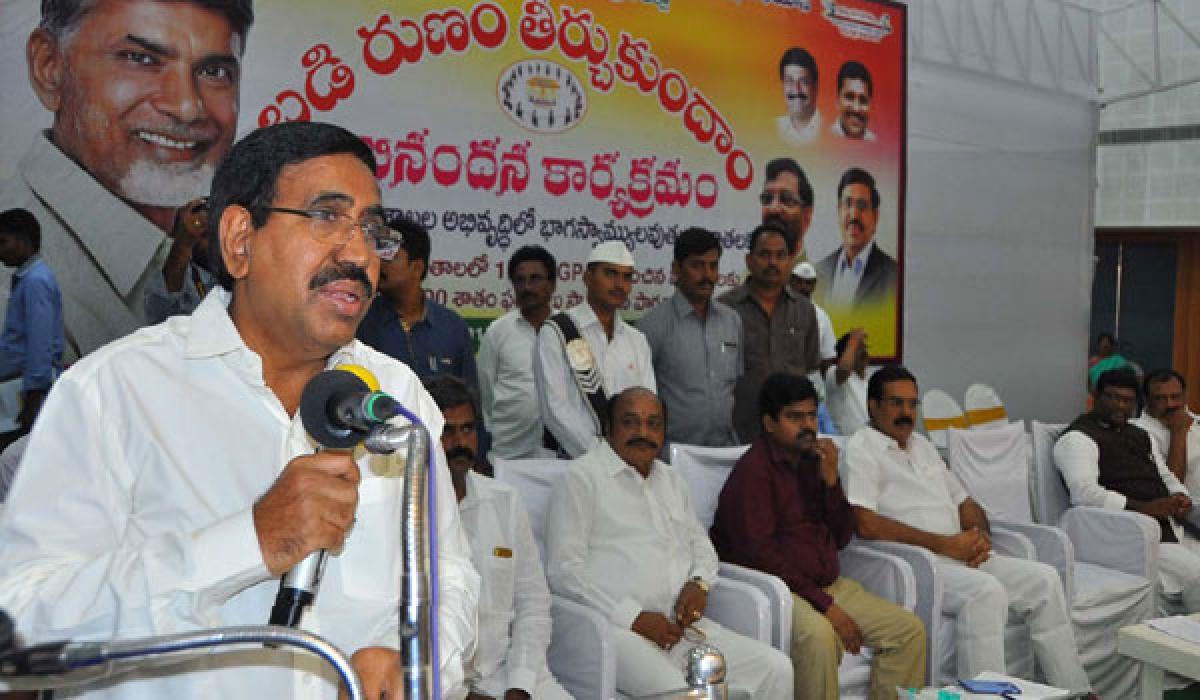 Ministers P Narayana and Somireddy Chandramohan Reddy categorically stated that people prefer to admit their children in private schools as the government institutions have been lagging behind in basic amenities and the dropout percentage has also been increasing significantly due to poor quality issues.

Nellore: Ministers P Narayana and Somireddy Chandramohan Reddy categorically stated that people prefer to admit their children in private schools as the government institutions have been lagging behind in basic amenities and the dropout percentage has also been increasing significantly due to poor quality issues.

They participated in a programme arranged here on Sunday organised by the Education Department at Kasturba Kalakshetram in connection with distribution of merit awards to students of government schools who excelled in SSC exams.
Addressing the meeting, Minister for Municipal Administration P Narayana said due to lack of basic amenities in government schools, parents have been admitting their children in private schools.

The Minister handed over merit certificates to 22 students who got 10/10 GPA in SSC exams.Speaking on the occasion, Narayana directed municipal teachers to work with dedication for providing quality education to the students. With this government schools would get good results on par with corporate educational institutions, he added.The Minister opined that there is a need to provide basic knowledge to the children at the Anganwadi centres which would be a foundation stone for their success in higher studies.

He appreciated efforts of the Collector for focussing on quality in education in the government schools. Agriculture Minister Somireddy Chandramohan Reddy, who also participated in the programme, lamented that even though the State government has been spending around Rs 20,500 cr on education sector which is up to 7-8 percent of the State budget the results in government run schools were not encouraging.

Due to lack of basic amenities, the percentage of dropouts had increased in these schools, the Minister said. He appealed to the people to come forward to develop the schools in their villages and mandals by adopting them keeping their future in view.Zilla Parishad Chairman Bomireddy Raghavendra Reddy said that 132 schools out of 362 under Zilla Parishad management have achieved 100 pc results this year.

He also said that there is a need to recruit teachers and set up playgrounds at the school. Computers should be provided at the schools. He also appealed to the Ministers to take measures for opening junior colleges in 16 mandals in the district where many children who completed their secondary education are looking forward to join these colleges.