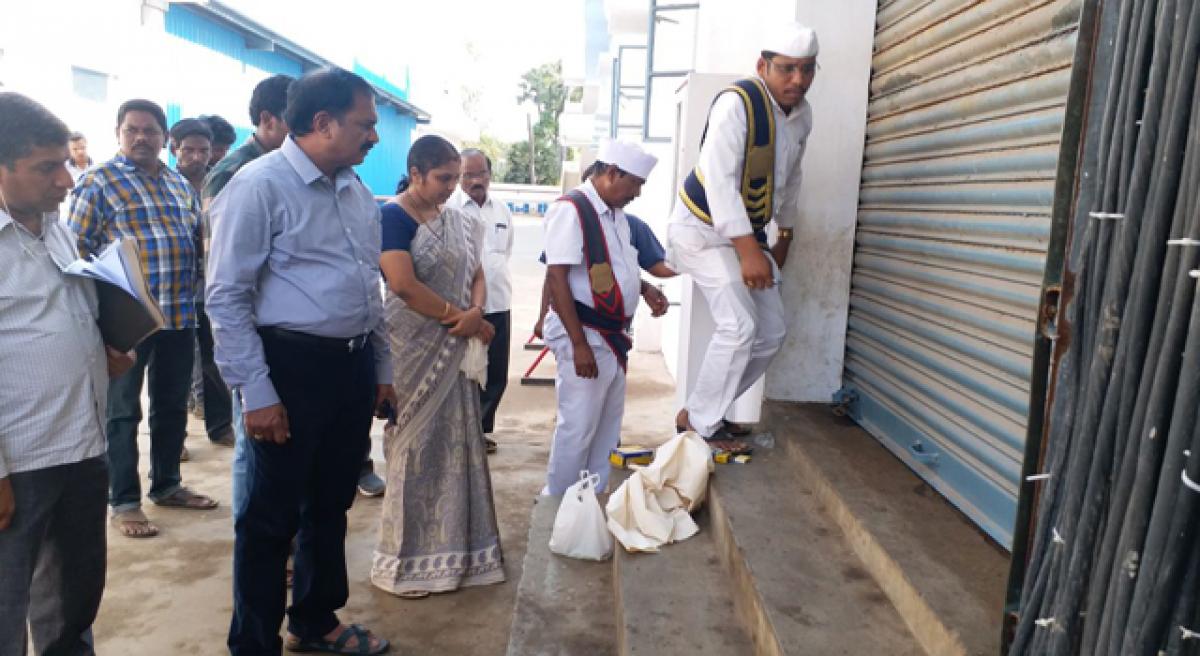 Kakinada: Revenue Divisional Officer (RDO) of Kakinada Raghu Babu seized the shrimp packaging and exporting unit V B Exports at Gurajanapalli village in Karapa Mandal on Tuesday evening. The Hans India published a news report regarding ammonia gas leak in this unit which occurred on Monday. It was published under the title 15 fall sick from ammonia gas leak on page 5.

Speaking to The Hans India, RDO Raghu Babu confirmed the seizure and said that after the initial examination, the Deputy Chief Inspector of Factories Siva Prasad Reddy issued orders for the seizure. He further said that the seizure would continue until further orders and they did not seize the cold storage unit because of the shrimp stock there. He said that the female labourers who fell ill due to gas leak are gradually recovering.