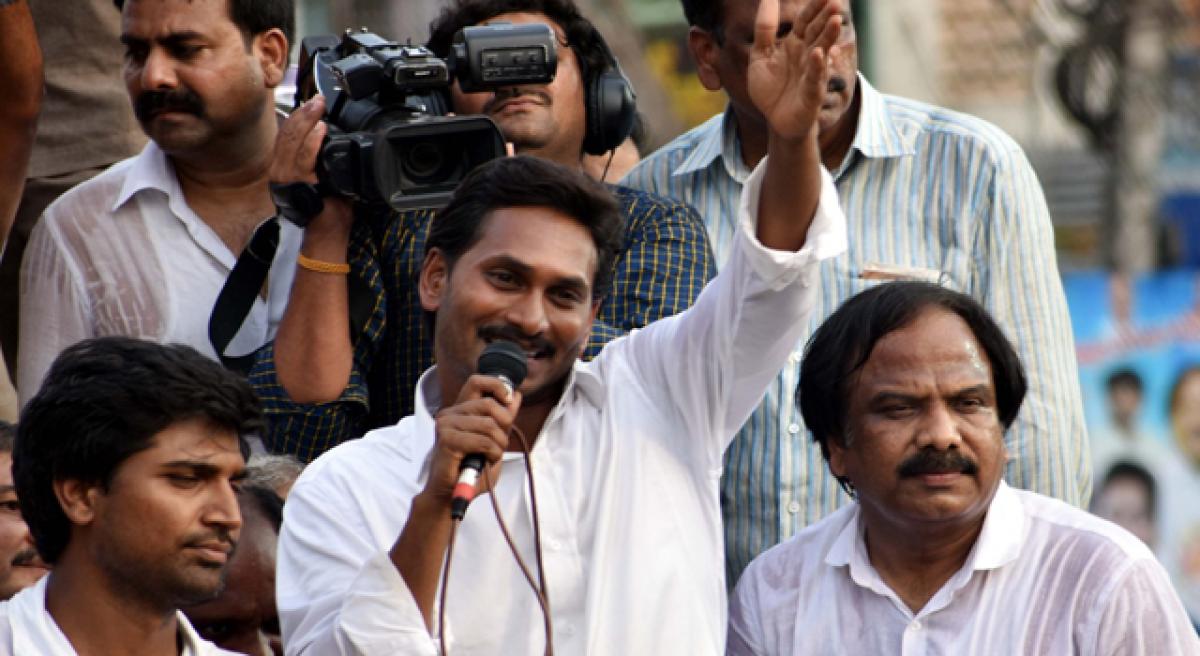 Addressing a public meeting at Ponnur in Guntur district on Wednesday as part of his Praja Sankalpa Yatra, Jagan alleged that the TDP was not extending support to no-confidence motion to be moved by the YSRCP on March 21 and withdrew its two ministers from the Union Cabinet.

Stating that Naidu was not mounting proper pressure on the Centre for according SCS, the YSRC chief slammed Chief Minister Naidu for hoodwinking people of the state on SCS and reminded that the Chief Minister had compromised on special package instead of the SCS.

“After the YSRCP started agitating for SCS, Naidu is also demanding the SCS,” Jagan reminded. The YSRCP leader said that if Naidu has commitment for SCS, he would have achieved it.

Stating that there was no change in Union Finance Minister Arun Jaitley’s announcement on the SCS, Jagan said that Naidu did not tried for SCS when the Planning Commission was in force.

He reminded the people that whenever he was agitating for SCS, the police arrested him and spoiled the agitation. Jagan said that the police booked cases under the PD Act against the students who participated in the agitation for SCS.

Criticising Naidu for fail to keep up his election promises, Jagan recalled that he promised houses to all poor, which was not fulfilled so far.
“The Chief Minister also promised reduction in power tariff, RTC fares, petrol, diesel prices, but failed to keep up his promises,”Jagan said that Naidu failed to supply at least seven-hour power supply to agriculture during day time.

Stating that the government was showing more GDP, he asked the voters whether they want cheaters or those who will work for people. Due to government failure, the farmers are not getting remunerative price for their agriculture produce, he said that maize farmers were not getting Rs 1,150 per quintal due to intervention of middle men.

The YSRCP supremo said the government has failed to modernise the drains in the Ponnur Assembly constituency and added the farmers at tail-end in the constituency were not getting enough water to their lands.

He said the government did not lay foundation stone to construct permanent buildings for Assembly so far and appealed to parents to encourage their children to study engineering and medicine.

Jagan assured them that he would bear the expenses of children education if the YSRCP was voted to power in the next elections. He promised that he will also bear mess charges of students.

Jaganmohan Reddy has completed 1,500 km mark of Praja Sankala yatra at Mulukuduru village in Ponnur Assembly constituency. On the occasion, Jagan cut the cake and planted saplings in Ponnur. The Vedic pundits blessed him with hymns.