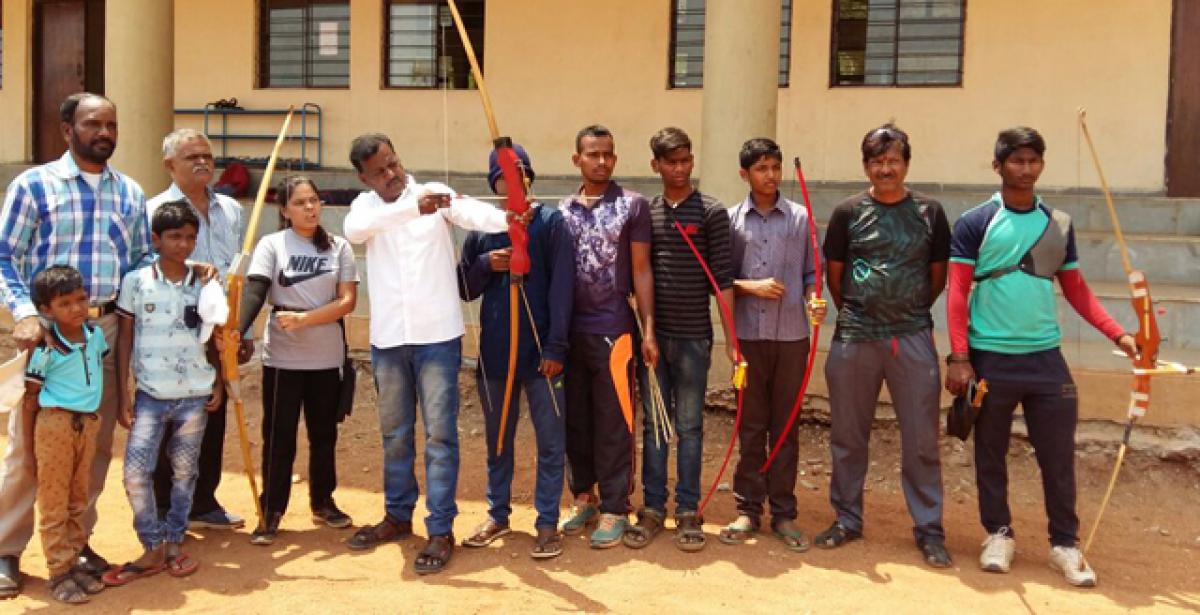 District Olympic Association member C Ramanjaneyulu said that archery is an ancient sport and the person needs lots of practice and concentration to excel in the field.

Kurnool: District Olympic Association member C Ramanjaneyulu said that archery is an ancient sport and the person needs lots of practice and concentration to excel in the field.

The ancient sport has been included in Olympics games. Several people are being drawn towards this sport, added Ramanjaneyulu. He was asserting these words after participating at the selection of senior athletes organised at outdoor stadium here on Thursday.

Speaking on the occasion, the Association member said that Kurnool has become a hub for various sports. Rugby, hand ball, leg volleyball, lawn tennis, tennis, basketball and football are being practiced every day.

Of them now, archery has also become a part wherein good number of people are taking part and showing interest in the sport. Every sport is good to be take part but the concerned sport needs lots of practice, he added.

He further said that archery state-level championships are likely to be organised at Vijayawada from March 28 to 30. A dozen players from Kurnool will compete for the championship trophy.

The selected players would be given rigorous training at outdoor stadium up to 27, he stated. District Archery Association secretary Nagarathnam, Vijay Paul and the representatives of archery association were present at the selection process.