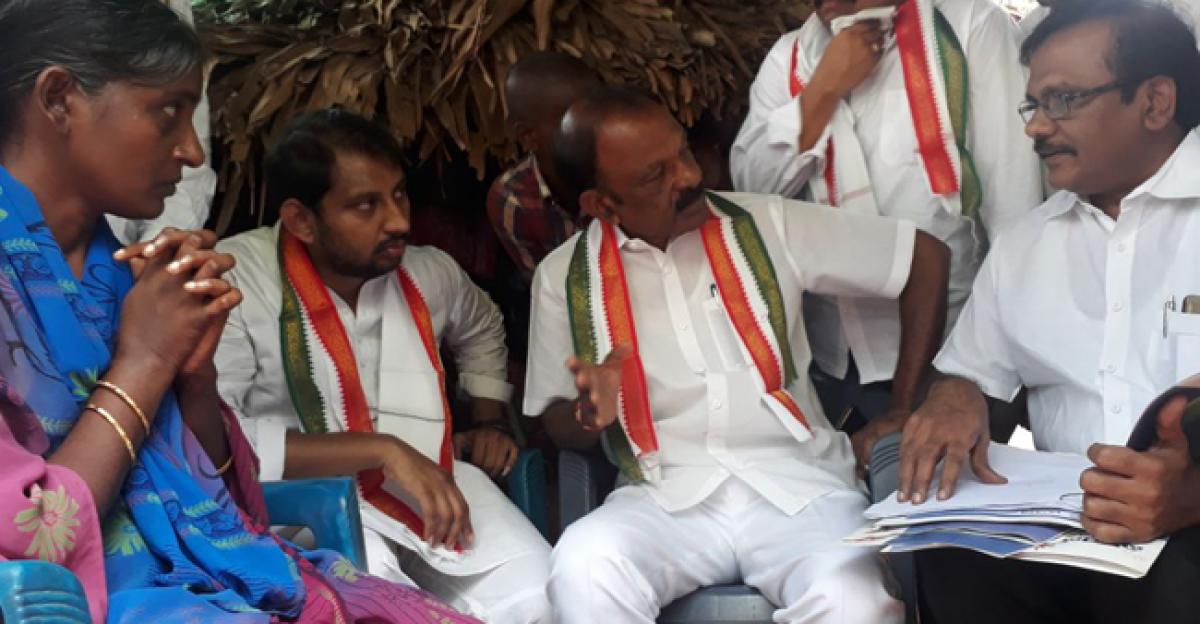 The PCC chief along with APCC general secretary Rajiv Ratan and Dr Gangadhar visited some tribal thandas in A Konduru mandal under the Tiruvuru Assembly constituency and spoke to the families suffering from kidney problems.

Later, speaking to the media, Raghuveera Reddy alleged that the government had failed to provide basic facilities like dialysis unit in Tiruvuru area hospital for the convenience of kidney patients.

He said only four doctors are working in Tiruvuru area hospital as against the 14 posts sanctioned by the government. He demanded the government to appoint a nephrologist immediately and arrange a dialysis unit. He said poor kidney patients are unable to go to Vijayawada for the dialysis because of travelling expenses.

Raghuveera Reddy asked the government to supply nutritious food and drinking water to the people living in tribal thandas in A Konduru mandal. He said kidney problems are reported during the last two years only due to fall in ground water levels.

The PCC chief said earlier A Konduru mandal used to get Nagarjunasagar water but there had been no water supply for the last two years. He demanded the TDP government to provide drinking water facility at a cost of Rs 10 crore so that the villagers get safe drinking water and get rid of kidney problems.

He demanded the government to increase the monthly pension to the kidney patients from Rs 2,500 to Rs 5,000 because they were not able to cope with medical expenses. He alleged that the TDP government was neglecting the health problems of the people living in A Konduru mandal. He also visited the residence of Jamaliah, who died of kidney ailment recently at Chimalapadu village and consoled the family members.