Separate wing to be set up in Energy department 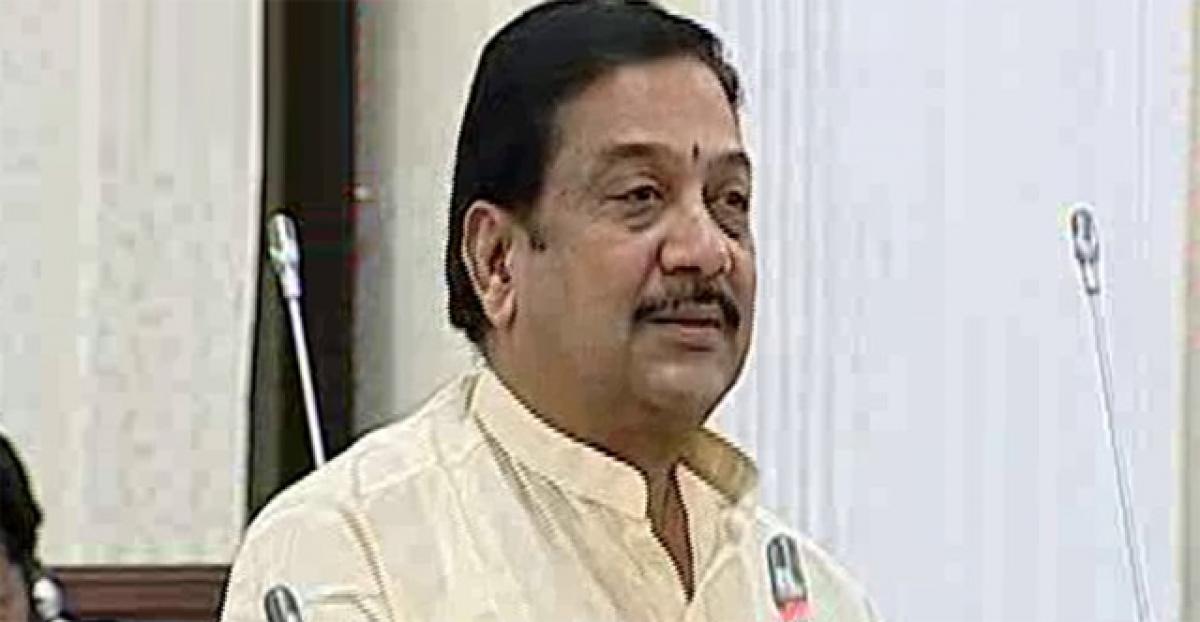 Vijayawada: Minister K Kala Venkata Rao announced that the Energy department is creating a separate wing to tackle natural calamities in the State.

He said tackling natural calamities and restoring power is a big challenge and the government is focusing on it. Venkata Rao on Monday felicitated the Energy department staff and officials at the Vidyut Soudha for their contribution in restoring power supply in the Cyclone Titli-hit areas of Srikakulam and Vizianagaram districts in less than two weeks.

The Energy department conducted a felicitation programme on at Vidyut Soudha here on Monday. Participating as a chief guest, Kala Venkata Rao said that more than 10,000 staff participated in two districts to restore power in less than two weeks.

He said 40,487 poles either collapsed or were destroyed due to the impact of cyclone in Srikakulam and Vizianagaram districts and the Energy department incurred a loss of Rs 505 crore.