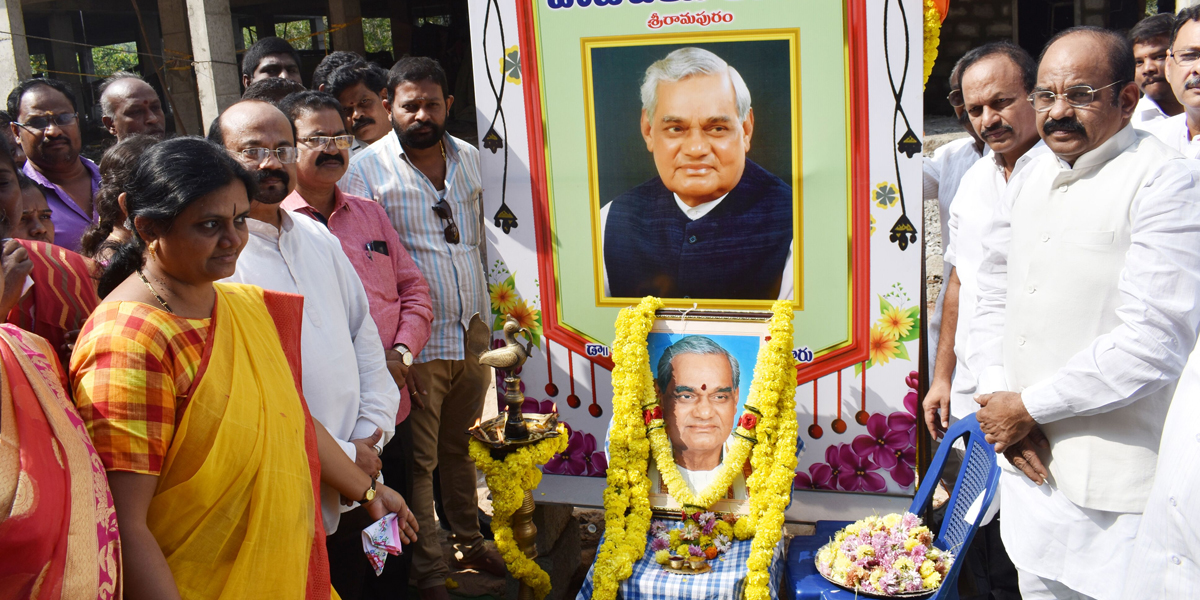 Rajamahendravaram: Urban MLA Dr Akula Satyanarayana said that Prime Minister Narendra Modi is planning to provide a house to everyone in the country by 2022.

He inaugurated the housing colony named after the former Prime Minister, Atal Bihari Vajpayee, at Srirampuram village of Rajanagaram mandal on Tuesday. The colony was named after Vajpayee in connection with his 84th birthday.

The Central government sanctioned a subsidy of Rs 2.65 lakh to each beneficiary. The flats were constructed with quality and all facilities including lift, generator, roads, drains, lighting and drinking water etc.

Prime Minister Narendra Modi is ready to sanction any number of houses to the needy and there is no dearth of funds in this regard.