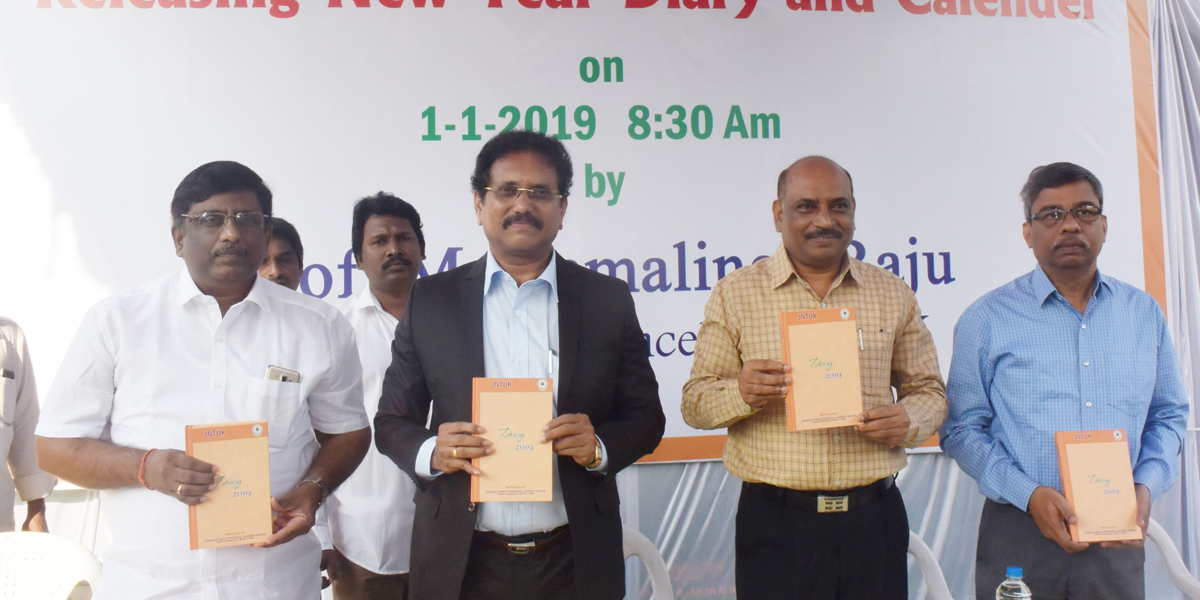 As part of new year celebrations in JNTUK on Tuesday, university diary and calendar were released by ViceChancellor M Ramalinga Raju, registrar VV Subba Rao and other university officials

Kakinada: As part of new year celebrations in JNTU-K on Tuesday, university diary and calendar were released by Vice-Chancellor M Ramalinga Raju, registrar VV Subba Rao and other university officials.

Speaking on the occasion, Raju said that by developing incubation innovation centre and skill development centre in the university, the employment opportunities can be enhanced by signing agreements with industrial houses. In addition to this, the three affiliated campus colleges to JNTU-K will be developed as green campus colleges.

In addition to this, Raju said, efforts were being made to improve NAC grading. They were also taking up greenery improvement in university campus in association and coordination with AP Greenery and Beatification Organization.

He further said that special emphasis was being laid on developing research culture, incubation and development of amenities in affiliated colleges.