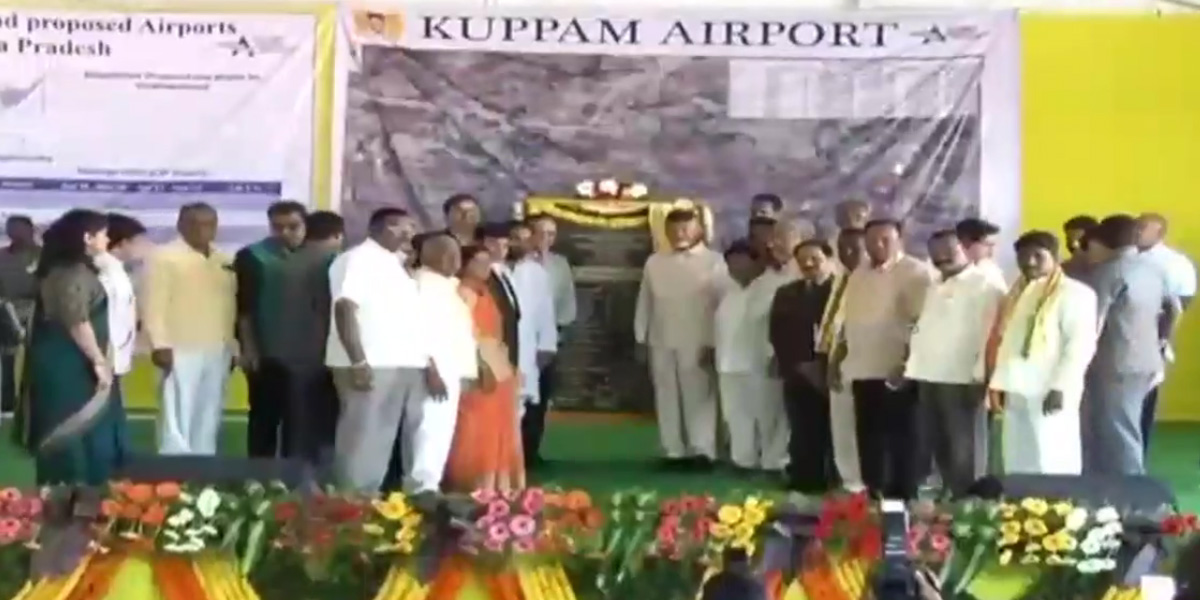 Chittoor: AP CM Chandrababu Naidu has laid the foundation stone for Kuppam airport. Speaking at the event Naidu said that Kuppam airport was a dream which no one thought it will take place and for past 30 years whenever he wants to come to Kuppam he use to travel via Bangalore.

Kuppam airport will be ready for operations within 8 months. which provide direct connectivity to Amaravati and Bangalore and later will extend to other locations depending upon the traffic, Naidu said.

Kuppam airport has a great future as it is the main junction for three states AP, Karnataka and Tamil Nadu. With the investment of Rs 100 cr airport construction works have been initiated and Naidu appreciated all the farmers who have given their land for the Kuppam airport.

As a part of Janmabhoomi Maa Vooru programme Naidu in touring Kuppam constituency.