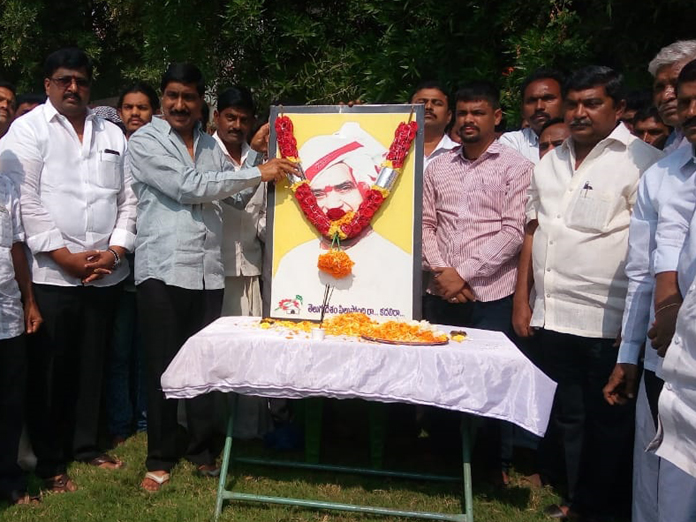 Kurnool: Death anniversary of TDP founder and former Chief Minister N T Rama Rao was observed by the party leaders and activists across the district on Friday. Blood donation camps were organised at some places.

MLA BC Janardhan Reddy and his followers paid tributes to NTR by garlanding his photo at MLA’s residence in Banaganapalle. On the occasion, Janardhan Reddy recalled the services rendered by former Chief Minister. Former MLA Meenakshi Naidu has organised a mega blood donation camp in Adoni.