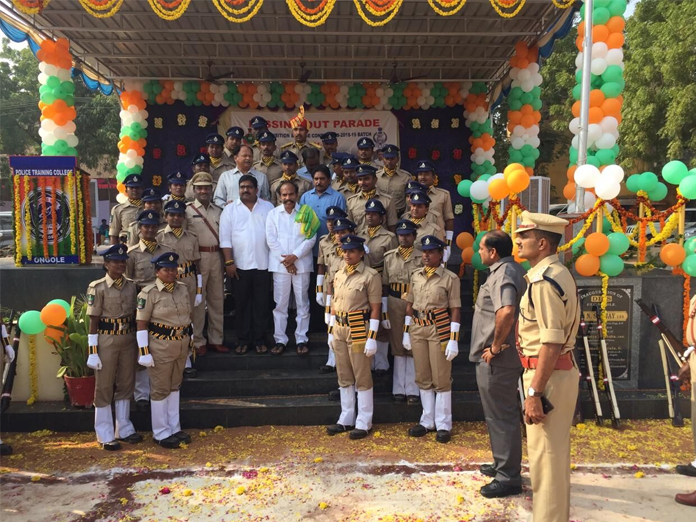 Ongole: Minister for Excise and Prohibition K Jawahar asked the excise constables to keep fit themselves as long as they serve in the department.

He attended the passing out parade of excise police constables after they successfully complete their training at Ongole police training college on Tuesday.

Speaking to the 51 constables, who completed their three month rigorous training in the PTC, the minister said that the government is not looking the excise department as just an income generating department but a department working for the welfare of the state.

He said that the Excise and Prohibition department officials were also working equally with the soldiers guarding our country at the border.

He advised the constables to serve the people as they are receiving salary from the government.

Earlier the minister received guard of honor from the passing out constables and appreciated the parade done by them.

He presented mementoes and prizes to the best performing candidates in the training.