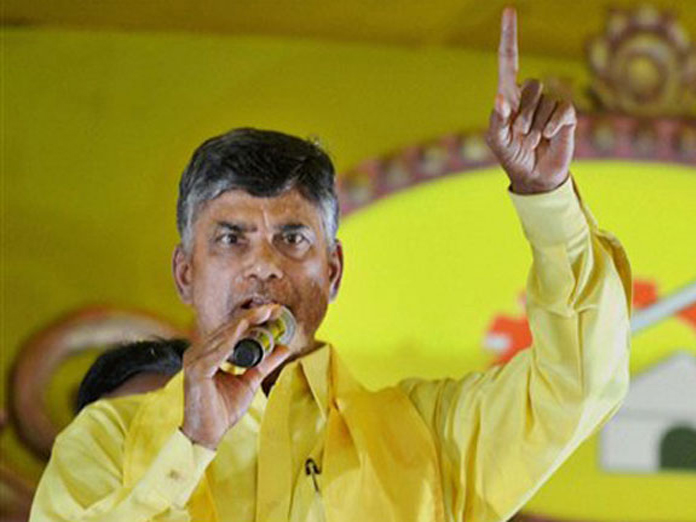 Nelapadu/ Kadapa/ Visakhapatnam: Chief Minister N Chandrababu Naidu on Friday launched a full-fledged election campaign from the three Dwcra women meetings held in three different parts of the state and appealed to them to stand by TDP for greater development of the state and for better empowerment of women.

Naidu, who reeled out what all his government had done for the women groups in last five years, said he wants to see them grow into entrepreneurs in the next five years.

He announced several sops to 93.8 lakh for Development of Women and Children in Rural Areas (Dwcra) women. The Chief Minister distributed cheques for Rs 10,000 each to Dwcra women under Pasupu Kumkuma programme and announced 30 per cent hike in salaries of SERP (Velugu) staff.

Dwcra women will get Rs 2,500 on February 2, Rs 3,500 on March 8 and Rs 4,000 on April 5. Speaking at Nelapadu village, Naidu said that the state government distributed Rs 21,116 crore to Dwcra groups during the past five years, while only Rs 267 crore was disbursed during YSR regime. The Chief Minister promised construction of 27 lakh houses to Dwcra women.

Describing the Dwcra groups as strong force behind the successful implementation of welfare programmes, the Chief Minister said that 1.4 crore smart phones will be distributed to them to empower them as entrepreneurs and help to market their produce globally using an app.

The Dwcra products would be branded to provide global marketing opportunities. He also asked them to turn as digital experts using smart phones.

He said priority would be given to Dwacra groups in MSMEs to be set up in each mandal.