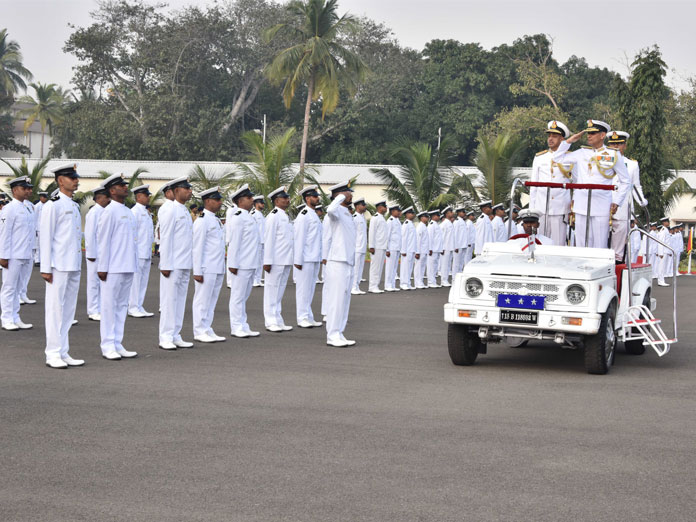 He complimented the units of ENC for maintaining a high tempo of operations meeting all challenges on the Eastern Seaboard and displaying outstanding professionalism in the conduct of several important exercises during last year.

Karambir Singh highlighted the need to maintain professional competence by each member to ensure combat effectiveness and prolonged deployments.

On the occasion of Republic Day, a ceremonial parade was held at the Eastern Naval Command (ENC) parade ground on Saturday.