Amit Shah to embark on Bus Yatra in AP 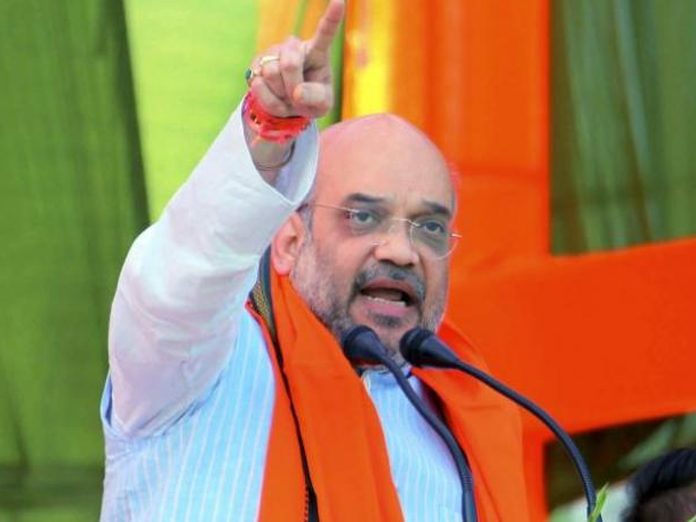 Guntur: The State leadership of Bharatiya Janata Party (BJP) is gearing up to show their strength with the elections fast approaching. Prime Minister Narendra Modi had already talked to the party workers in almost all the districts in the State through video-conference.

However, not satisfied with the interaction, they are embarking upon a massive plan to bring BJP president Amit Shah to organise a road show from Srikakulam to Kurnool covering most of the districts in the State.

As per the plan, Amit Shah along with some other national BJP leaders would start bus Journey from Palasa in Srikakulam district and conclude it at Adoni in Kurnool district.

The BJP leaders informed the media that eight committees were already formed to coordinate the logistics of the bus journey by party president Amit Shah. The 15-day-long bus journey would cover at least 85 Assembly constituencies, they said.

The BJP leaders say that the BJP meetings throughout the journey would expose the corrupt practices of the State government and propagate the generous Central financial help to the State.

BJP president Kanna Lakshminarayana said that public meetings would also be held at all district headquarters. “At least one Union Minister would participate in each meeting,” he added.

The BJP State president revealed the details of the Bus Yatra by party president Amit Shah after holding a meeting with party functionaries to ensure success of the programme.