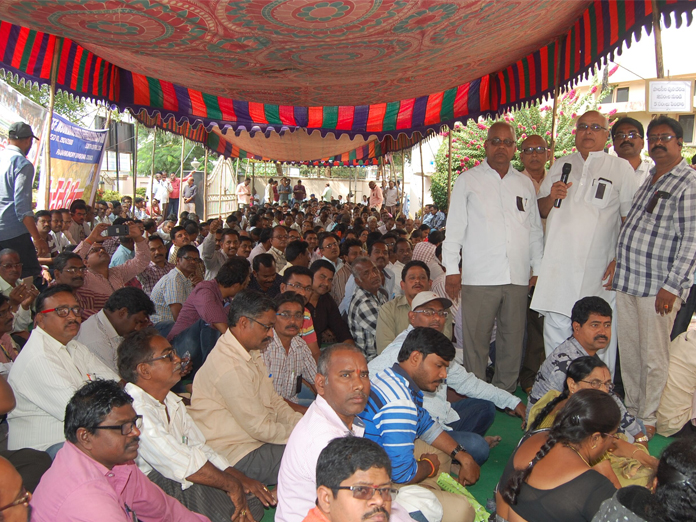 The association leaders demanded that the government waive GST on LIC policies, increase bonus, provide swiping machines and reject investments in IDBI Bank which is in loss and also provide ESI facility, enhance medical claim etc to the agents.

Association president and secretary N Babu Rao and KS Rao said the government was dodging the implementation of the demands from many years and the agents were facing many problems, who were working for the development of LIC across the country.