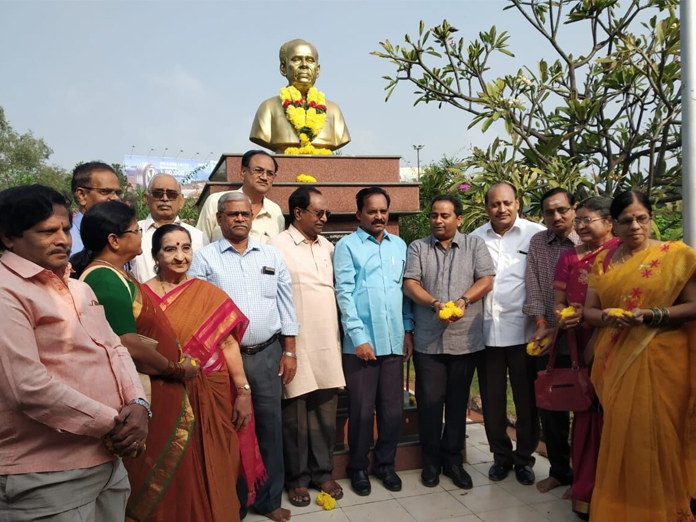 Vijayawada: Floral tributes were paid to Veturi Sunderarama Murthy at his statue at Tummalapalli Kalakshetram here on the occasion of his birth anniversary on Tuesday.

He said ‘Sundararama Murthy started his career as a poet, writer and a journalist. He worked as editor for Janavani.’